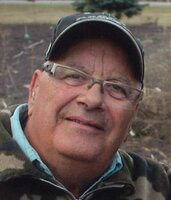 He was predeceased by his parents: Emile and Noelie Gagne, his sister: Agnes LaFreniere, his brothers-in-law: Leo LaFreniere, Ivan Goertzen, his nephews: Dallas LaFreniere, Keith Greenard and his niece: Trina Genest (nee Horn).

Memorial donations may be made to the Witchekan Wildlife Association in memory of Leon Gagne as tokens of remembrance.

Interment will take place at a later date in the Laventure Cemetery.