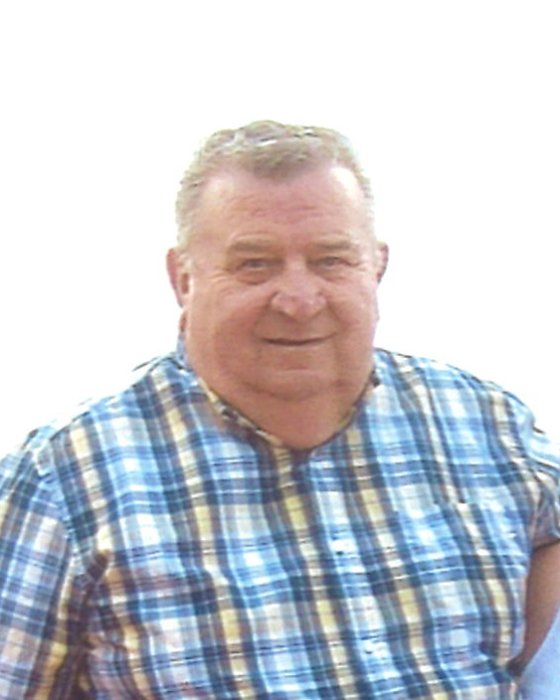 Despite his battle with some health issues in recent years, he continued to face these life challenges with the quick whit and smile he was known for.  Orest was a hero to the end and fought with unmeasurable courage to beat his latest illness.  We are all proud of how hard he fought and will forever admire his strength and determination.

Orest was born on August 3, 1944 in Weirdale, SK to Afansy “Frank” and Maria Prokopie.  He was the baby of the family with 3 brothers and 4 sisters.  He started working the farm at a very young age, which is likely where his hard working nature developed.  Orest had fond memories of his childhood and loved to tell his wife, children, and grandchildren stories about it.  We will always remember his smile when he would tell us how he got a “licken” from his mom after his brother Mike convinced him to tell her that the dog had peed on the freshly washed blankets that were hung on the line.  Or how he convinced his mom to let his cat sleep in the house to catch the mouse that kept building a nest under the wood stove.  He moved a chair in front of the warm wood stove, wrapped the cat in a blanket on the chair and went to bed convinced the cat would save the day.  In the morning, the cat was fast asleep, still wrapped in the blanket and a new mouse nest appeared under the stove.  He would laugh at how angry his mom was at the cat, and the cat was evicted from the house.

Orest met the love of his life, Judy, at the wedding of one of his best friends, Jerry Kosowan.  He asked her to dance and was smitten ever since.  They married on July 4, 1969.   They lived on the home quarter near Weirdale initially, then moved to Meath Park.  Shortly after, he cleared some land he had South of Meath Park and built the farm where they raised their 2 sons and 1 daughter.  He took pride in his yard and worked hard to make it a beautiful home for his family.

In May 1976 he started at Prince Albert Correctional Centre as a Corrections Officer and retired after 31 years of service.  He often shared stories about the riot in 1977 that broke out while he was on shift, the time he spent at White Gull Camp, and the fun he had with his co-workers.  He will best be remembered for his sardine sandwiches, the early morning breakfast feasts he would prepare in the unit office, and his ability to earn the respect of even the most difficult inmates.

Orest had a passionate love affair with his many tractors.  His main squeeze was a Massey Ferguson tractor he inherited from his father.  He recently bought himself a Kubota tractor.  Although she was shiny and new, his heart has always belonged to his “Fergie”.

Left behind to miss his smile and strength is his wife, Judy Prokopie; his sons, Rod Prokopie and Kim Prokopie; his daughter and son-in-law, Shannon and Hector Janzen; and his 3 granddaughters, Justus Janzen-White, Shayley Janzen and Lexyss Janzen; his brother, Walter (Doris) Prokopie; and his sister, Pauline (late John) Tkachuck.  Also left to mourn is his Aunt Vera, numerous friends, as well as many brother and sisters-in-law, cousins, nieces and nephews on both his and Judy’s side of the family, and of course his “Fergie” tractor.

In Heaven he was met by his parents, Frank and Maria Prokopie; his father-in-law, Mike Tycholiz; his sisters, Edith (Tony) Starchuk, Olga (Bill) Balon, and Marie (Frank) Slonski; his brothers, Mike Prokopie, and Ihor (who passed in infancy); as well as several nieces, nephews, cousins, uncles and aunts.

Candle Lake was home for Orest and Judy for the last 20 years.  Therefore Orest’s Funeral Service will be held at Candle Lake Community Hall on Monday, July 5, 2021 at 11:00 a.m.  Due to Covid-19 restrictions, there will be limited seating in the hall, and tents and chairs will be set up outside with the service being broadcast over speakers to those outside.

The family asks that all those who attend wear masks and follow Covid-19 restrictions.  Please let the ushers know if you have close family that you wish to sit with.

Donations in memory of Orest may be made to Candle Lake Community Church.

To send flowers to the family or plant a tree in memory of Orest Prokopie, please visit Tribute Store
Monday
5
July