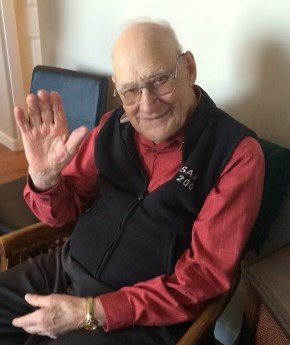 He was born to Fred and Agnes Herzog in Wakaw Saskatchewan.  They later moved to Mayview where his dad Fred homesteaded.  At the age of 9, Alban had his first job pounding posts for a neighbor.  Later he sold newspapers in Prince Albert, he ran the threshing machine for his dad’s business; ran and owned a sawmill with his brothers; worked in the Flin Flon nickel mine for one year and the Sudbury nickel mine for 7 years- driving out after harvest and coming back in time to seed in the spring.  He would buy vehicles in Ontario, drive them back to Saskatchewan where he sold them for a profit Between the mine jobs and selling cars, he was able to save enough money to start his own farm in Mayview, sharing equipment with his brothers at the start.  He worked with Ken and Arnold Herzog building a Flight Services Station and schools in several northern communities.  He helped build the DEW line and farmed until 1983 when dad and mom went to Africa.  They moved to Prince Albert in 1984, where he lived until 2020, at which time he moved to Parkland Terrace Nursing Home in Shellbrook  where he lived until the time of his passing.

Family and friends wishing to send online condolences are welcome to visit www.beaulacfuneralhome.com .  Arrangements have been entrusted to the care of Beau” Lac” Funeral Home and Crematorium, Shellbrook, SK. 306-747-2828.