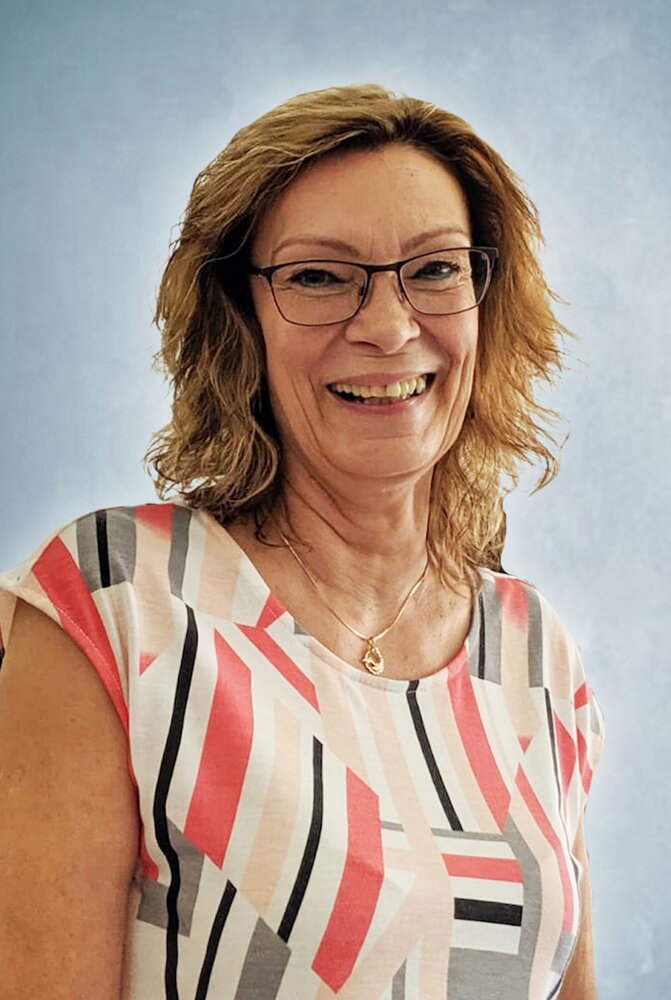 It is with heavy hearts that we announce the passing of our beloved daughter, sister, auntie and friend at Shellbrook, Saskatchewan. Karen was born December 23, 1960, in Minnedosa, Manitoba to Rod and Ila Underhill. Karen grew up on the family farm in the Moline district. She loved the farm life and the outdoors. Karen attended Rivers Elementary School and Rivers Collegiate graduating from Grade 12 in 1978.

During Karen's growing up years she was involved in cheerleading, Rivers Dance Club, Rapid City 4H Beef Club and won many awards with her cattle. After graduation, Karen was employed at Marlin Travel as a travel agent. She enjoyed the years of travel and the friends she made through the travel industry. Karen was employed at Prince Albert City Hall for 21 years. Her current position was Head Secretary of Public Works.

A Celebration of Karen's Life was held on Saturday, September 18, 2021 at the Brockie Donovan Chapel with interment in the family plot at Rapid City, Manitoba.

Donations in memory of Karen may be made to the Prince Albert SPCA, P.O. Box 1832, Prince Albert, SK, S6V 6J9 or to a Cancer Care Charity of your choice.

We little knew that morning

That God was going

to call your name.

In life we loved you dearly,

In death we do the same.

It broke our hearts to lose you,

You did not go alone;

For part of us went with you,

The day God called you home.

You left us peaceful memories,

Your love is still our guide;

And though we cannot see you,

You are always at our side.

Our family chain is broken and

Nothing seems the same;

But as God calls us one by one,

The chain will link again

Share Your Memory of
Karen
Upload Your Memory View All Memories
Be the first to upload a memory!