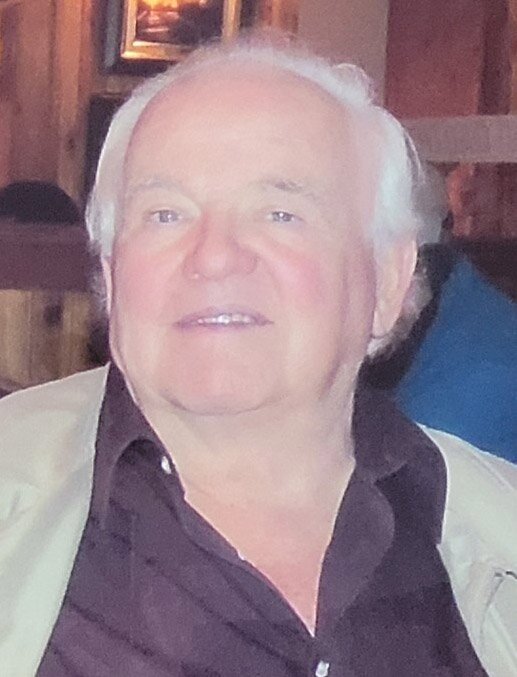 Lorne was born on June 24, 1936 to Ken ad Bessie McLeod of Buckland.  He attended Buckland school and graduated from P.A.C.I.  It was not in Lorne’s views to go to University, so he was his Dad’s farmer from a young age.  His Dad had many quarters of land and ran 150 – 200 head of cattle, this was no small job.

Lorne’s Dad was not well so most mornings he was at rest in bed, but in the afternoon was able to drive around and check out the cattle.  Lorne visited him at his bed and discussed the business of the day (his brother Dale remembers this).  There also was hired help.

As time went on, Lorne’s Dad passed away and then family farming relationships dwindled and died.   This led us to purchase a farm and home in the Honeymoon district.  It was not easy to start over with no collateral, but we managed.  Lorne had his job at the Pulp Mill and started farming again.  His son Rob was now old enough to be interested as well.  In about two years we had our own her of 40 Black Angus and 150 and of yellow canola. (Nice feeling!).

Inn 1977 our son Warren was born.  It was such a happy occasion to have a baby in the house again! Lorne built us a huge rock fire pit.  He pushed the stones up with the bucket on the tractor.   This was the centre of many celebrations and just friendly get togethers.

Lorne loved the fishing trips up north and the deer hunting down south with his friends.  They also play a lot of Kaiser.

Five years ago, Lorne was struck with cancer.  He had a kidney removed and this went well because they removed all of the tumor.  Two years later bladder cancer but this seemed to go on and on.  He had scrapings and then a type of bladder flush.  He fought a courageous battle for five years.  He still was able to enjoy road trips in the fall, coffee with friends and neighbors, going to the casino once inn a while and even going to the brewery for a pint.

His last two months were spent in Mont. St. Joseph Home.  We wanted him to be comfortable.  This certainly was achieved.  So, thank you so much to all the Staff, Nurses and Management.

Lorne leaves to mourn, his wife of 63 years, Muriel; his son Robert (Pat) and their boys Kenneth and Patrick; his son Warren; his foster daughter, Dawn Leprise and her children, Chantelle, Danielle and Tyler; his granddaughter, Kelsie McLeod (Joy’s daughter); and his brother Dale (Sylvia) McLeod.

At Lorne’s request no service will be held.  Family and friends wishing to send online condolences are welcome to visit www.beaulacfuneralhome.com. Funeral arrangements are entrusted to the care of Beau “Lac” Funeral Home, Lorne Adams, Funeral Director, Prince Albert, SK (306) 763-3322.

Share Your Memory of
Lorne
Upload Your Memory View All Memories
Be the first to upload a memory!