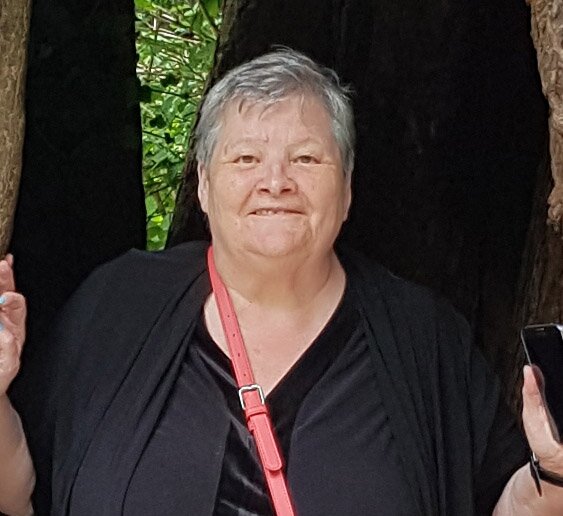 No formal service will be held

It is with profound sadness that the family of Sheila Montour announce her passing on October 4, 2021, after a long and courageous battle with cancer.

Sheila was born in Duck Lake, Saskatchewan on September 17, 1950.  She grew up and went to school in Prince Albert.  After a brief time in Eastern Canada and a visit to London, England as a youth, Sheila began a career as a Long - Term Care Aide at the Herb Bassett Care Home in Prince Albert that would last 40 years.  Sheila devoted her life to the seniors in her care and took great pride in providing them with the gentle, loving care that they deserved.

Sheila shared her great sense of humor and positive outlook on life with everyone who knew her.  Although fiercely independent, some of her happiest years were spent with her friends and acquaintances at Chester Court.  Whether it was playing bingo, joining potluck suppers and bbqs, serving on the social committee or just visiting at the front entrance, Sheila greatly valued her years at Chester Court.

Sheila was excited to get a brand new passport later in life and between cancer therapies and recoveries she managed to find the energy to travel to Vancouver Island to go whale watching and on a cruise to Alaska with family.  She loved the luxury of the cruise ship but was quite happy also to just sit and enjoy the spectacular views.

Sheila was predeceased by her parents, Wilfred and Alice Montour; her sister, Diane Owre; her brothers-in-law, Ed Owre and Gordon Hooper; her brothers, Ken and Ted Montour; her nephew, Jason Owre and her niece, Jeannette Owre.  She is survived by her sisters, Sylvia Hooper, Connie Palech (Dean), her brothers, Phil Montour (Carol), Wayne Montour (Ellen), Ron Montour (Shirley), and Tim Montour; as well as numerous nieces and nephews.

At Sheila’s request no formal service will be held.  In lieu of other tributes, donations in memory of Sheila may be made to Rose Garden Hospice, PO Box 2092, Prince Albert, SK, S6V 1E0, or Herb Bassett Home, 1200 24 St W, Prince Albert, SK, S6V 4B2.  Family and friends wishing to send online condolences are welcome to visit www.beaulacfuneralhome.com. Funeral arrangements are entrusted to the care of Beau “Lac” Funeral Home, Lorne Adams, Funeral Director, Prince Albert, SK (306) 763-3322.

Share Your Memory of
Sheila
Upload Your Memory View All Memories
Be the first to upload a memory!