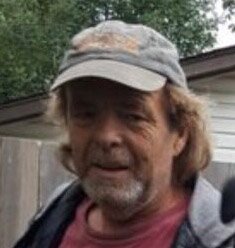 With heavy hearts, we announce the passing of Kevin Robert Wilson on Oct. 5, 2021.

Kevin was born to Bob and Carol Wilson in Shellbrook on June 26, 1963. He had two older sisters, Brenda, and Shirley, and they all grew up on their family farm. Kevin always loved that style of life but found his way to Prince Albert instead. There he met and married Dianne Procyk and they had three children Mark, Jesse, and Karlee. He loved all his children so much even though it was hard for him to see them a lot with all the travelling he did for work. Kevin could do it all, carpentry, handyman and had a special love of cars. He would tinker on end with his best buddy and brother-in-law Bruce Hafner. There was always a car to work on for those two. And when he saw Bruce, he also got to spend time with his sister Shirley with whom he was also especially close. He also had a huge soft spot for dogs...or even any animal...and had several pets throughout the years. Kevin worked hard his whole life. The majority of his career was with PA Bottlers which kept him on the road driving to Northern Manitoba every week. After he finished up his career there, he went back to working on a farm until illness made it impossible to work anymore. He endured so much while he was sick, he is finally at rest now.

To send flowers to the family or plant a tree in memory of Kevin Wilson, please visit Tribute Store
Tuesday
12
October