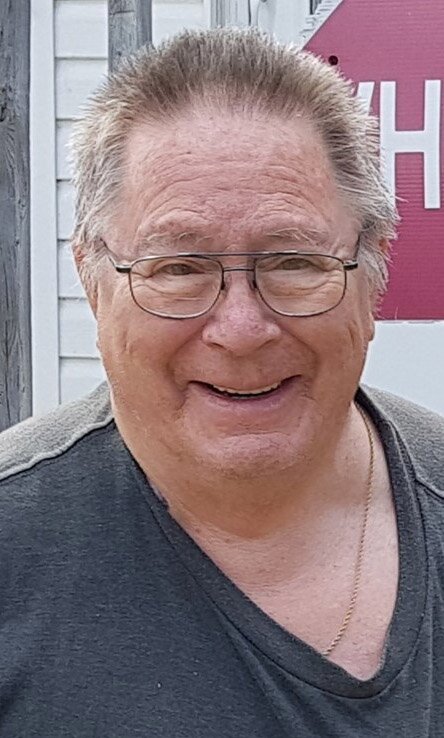 It is with great sadness we announce the passing of our Dad, Grandpa, Uncle, Brother and Friend, Bruce, on December 6, 2021.  Bruce was the youngest child born to Gil and Glorie Newman on December 1, 1943, in Fort Erie, Ontario.

Bruce’s pride and joy were his grandchildren and great-grandchildren.  He would always have a treat in his pocket for them.  Every year he would take the family camping and it never failed that it would rain.  We would get home and the sun would shine!!  No matter where he was, he always had a smile on his face and would always strike up a conversation with anyone, young or old.  He told of his many times at Deer Ridge, Snow Lake, the places he lived with his Mom where she taught school and Pop Newman cooking.  He worked at Modern Home Furniture with the Pellegrinis and doing construction work for Frank Nagy.  Dad worked at the Prince Albert Pulp Mill for over 30 years, first in the Steam Plant, Electrician, Instrumentation and Oiler.  He made so many friends there and remembers them all.  He also worked on the farm with his brothers-in-law, Jim and Ron.  Whether chasing cows, horses, farm work or going for parts, just call Dad and he was ready to go and help anyone who asked.  He had a love of “all creatures great and small” and he and Mom had chickens, guinea hens, cats, horses, and he always had a dog at his side, Doon, Skippy, Sally and his latest sidekick, Tiggy.  Dad belonged to the Weirdale Lions Club, coached minor hockey, pitched for Weirdale Ball Club and loved going to Raider games and especially the Roughriders.  Bruce had so many people who knew him and would always have a moment to chat, some referring to him affectionately as “Doc”.   He will be sadly missed by everyone.   Today when you cuddle your loved one or your pets, think of Bruce!

Bruce is survived by his children, Tracy (Randy) Balan, and Howard Newman; his grandchildren and great-grandchildren, Rebecca Balan, and children, Brooke and Brynn, Taylor Balan and children, Ryker and Trapper, Mark (Hailey) Newman and children Mikayla and Ainsley, and Jessica Newman; his brother, Reg Newman; his sisters, Joan Parker and Glorie Mae Muill; his sister-in-law, Dorothy Newman; as well as numerous other family and friends.  He was predeceased by his wife, Helen (nee Lindsay); his son, Lindsay Newman; his parents, Gil and Glorie Newman; his parents-in-law, Cliff and Rene Lindsay; his brothers, Charlie and Horace; his sisters, Ada and Cecily; his brothers-in-law, Les Muill and Stan Parker; his sister-in-law, June Newman, brothers-in-law, Wayne, Jim, Ron and Dale Lindsay; sisters-in-law, Jeanne Lindsay and Marlene Montgomery; his nieces, Donna Nelson and Gloria Newman; and his nephew, William Newman.

A Private Family Interment will be held at a later date.  In lieu of other tributes, donations in memory of Bruce may be made to the Canadian Wildlife Federation, c/o Donor Relations, 350 Michael Cowpland Drive, Kanata, Ontario, K2M 2W1, the Prince Albert SPCA, 1125 N Industrial Drive, Prince Albert, SK, S6V 5T1, or a charity of your choice.  Family and friends wishing to send online condolences are welcome to visit www.beaulacfuneralhome.com. Arrangements have been entrusted to the care of Beau “Lac” Funeral Home and Crematorium, Tracy-Lynn Lenchuk, Funeral Director, Prince Albert, SK 306-763-3322

Share Your Memory of
Leslie
Upload Your Memory View All Memories
Be the first to upload a memory!
Share A Memory