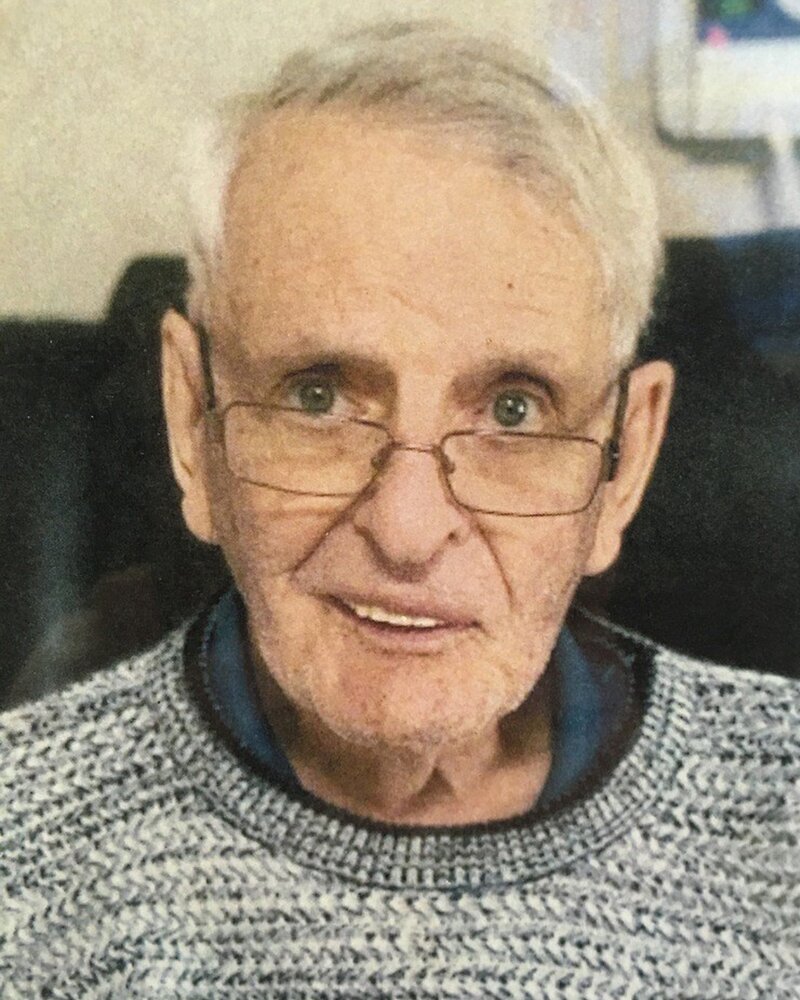 It is with sadness we announce the passing of our father, grandfather, great-grandfather, uncle, cousin and friend, Kenneth (Kay) Charles Elliott, who passed away on December 7, 2021, at his home at Mont St. Joseph Home in Prince Albert, Saskatchewan at the age of 93.  Prior to moving to Mont St. Joseph home, he lived at Caleb Village for about five years and enjoyed his time and the many friends he made.

Ken was born in Saskatoon, November 20, 1928, to Charles and Myrtle (Phipps) Elliott.  His father passed away when Ken was 3 years old, so he and his younger sister, Lois, became part of a large, blended family when their mom remarried to Clark Brown. Ken graduated from Forgan high school and went on to a long 34-year career with Canadian National Railways. After retirement he was in real estate and worked at the CIBC.

On June 1st, 1955, he married Olga Leskewich and together they moved to several CNR towns including Forgan, Winnipegosis, MB, Arborfield and finally settling in Prince Albert, SK.  Every town Ken lived in as a CN station agent, he started a hardball team!

After retirement he went on to other ventures and was able to become more involved with his own hobbies and interests.....such as a metal detector that went everywhere with him!

Ken was a very active volunteer in every community he lived in. In Prince Albert he canvased for the Heart and Stroke foundation for many years and delivered Meals on Wheels for 20 years! He was also a long-standing member of the ACT service club and many other volunteer activities. Through the years, Ken played many Bridge games and crib for a quarter with family and friends. His sons and some of his grandchildren say that when they meet dad/grandpa one day, they plan on getting back some of the quarters they lost through the years! He enjoyed calling bingo, curling and many other activities.  He frequently worked bingos for Abbyfield House Society of Canada. He especially enjoyed working on puzzles, his stamp collection, and his family history. Ken spent many summers enjoying the cabin at Emma Lake playing horseshoes and sitting around the campfire roasting a hotdog or smokie. Ken was also a very avid Blue Jays fan. When satellite TV was installed at the cabin, he really enjoyed the cabin as he didn’t have to miss any Blue Jays games.  During the winter, Ken could be found at the rink watching the Minto’s and the Bears play hockey.  He and Joe Kopchynski didn’t miss many Minto games!

He also never missed an Elliott-Brown family reunion!  Everyone was always excited to see Uncle Kay and hear his corny jokes or stories from long ago. Everyone loved dad, grandpa, great-grandpa, Kay, Uncle Kay! We will all miss him, and his memories will remain close in our hearts forever.

Ken is survived by his loving family:

His son, Jason and his daughters Kandis, Deanna, Lily and Amelia.

and many other family members.

Ken was predeceased by his loving wife, Olga in 2017; his son Stephen in 2004; and his parents and in-laws, siblings, cousins, and many family friends.

In lieu of flowers, donations in memory of Ken may be made to the Heart and Stroke Foundation  - 1738 Quebec Ave #26, Saskatoon, SK S7K 1V9

Funeral Service for Ken will be held at a later date.

Family and friends wishing to send online condolences are welcome to visit www.beaulacfuneralhome.com.  Arrangements have been entrusted to the care of Beau “Lac” Funeral Home and Crematorium, Lorne Adams, Prince Albert, SK, 306-763-3322

To send flowers to the family or plant a tree in memory of Kenneth Elliott, please visit Tribute Store
Saturday
18
June