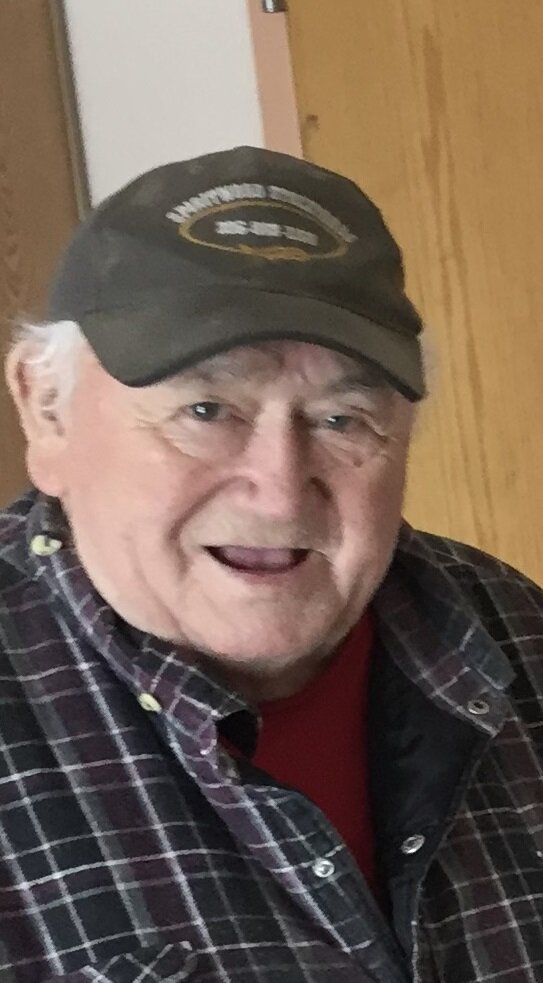 William (Willie) David Morin was born October 18, 1939, in the Holy Family Hospital in Prince Albert, Saskatchewan. Due to complications at the time, Dad had to walk to get help, and Mom was taken by plane to the hospital. He was the second son of Louis and Edith Morin. For the first eight years of his life, the family lived at the “old farm” and during the summer months, they moved to “Fourteen” to make hay and take care of the cattle. Lorraine, Ralph, Willie, and Joe went to Winter Lake School – walking a few miles to get there. Willie completed Grades 1 and 2 at the school.

In 1946, the family bought their first lumber house at Hanson’s farm. Willie attended school in Bodmin until he was in Grade 8. He spoke fondly about Mrs. Laurin and the ways she helped him. At that time, the Bodmin School closed, and Willie decided that the Big River School was not for him – so his school education ended.

However, much learning continued when he went to work for Uncle Dick Smith. Willie loved that family and some of the kids thought he was just another big brother. Uncle Dick and Auntie Lily shared their home and their family with him for several years. He loved to tell stories about cards, poker games, making hay, milking cows, harvesting, and even driving the school bus to help out.

Willie’s adventures then took him to Lac du Bonnet, Manitoba to work on McIntosh farms with Reg and Meada. He learned how to operate large farm equipment and to run the alfalfa plant. Ramsay loved his work ethic and his jovial personality. Willie made many good friends in this area.

In about 1964, Willie came back to Saskatchewan to go into the logging industry cutting pulp at Camp Seven near Hackett Lake. Then, Willie and his brother, Joe, bought a skidder and began serious logging in the Meadow Lake area. He was well known for being one of the best “fallers” in the bush and was named Top Faller by the P.A. Pulp Mill.

Around this time, Willie started dating the love of his life – Helen Lakner. They lived together for about 10 years in Meadow Lake. Helen had a family of six children, Michael, Gloria, Cynthia, Darrell, Rocky, and Linda. Gloria lived with them until Helen’s passing in 2009. The other children were older and on their own, but Linda was about 9 years old when Willie joined the family.

After about 10 years slipped by, Willie and Helen moved to the farm and raised cattle, pigs, sheep, and chickens. Willie continued to work in the bush and according to stories – Helen would cry every Sunday night when Willie had to leave and go back to the bush camp. Eventually, however, due to health reasons, Willie had to give up logging and become a full-time farmer. Willie and Helen shared a happy life for about 40 years where music filled the air so many days. Everyone was welcome to join them out in the yard by their lilac bushes. They both had hearts of gold and would share a beer with you anytime.

Helen became ill and passed away on July 9, 2009. A while later, Willie moved down to the “old farm” where he resided until he passed away on December 24, 2021, after a battle with Covid and other health issues.

He was predeceased by his partner – Helen Lakner; his parents, Louis, and Edith Morin; his brother – Ralph Morin; a niece – Linda Lepage; and a brother-in-law, Reg Wilson.

He will be lovingly remembered and missed by his siblings, Lorraine, Joe, Meada, Louella, Tom, and Chuck and their spouses and children; his sister-in-law – Shirley Maguire and her family; a nephew – Kelly Sinclair (Ralph’s son); his aunts – Bertha and Leona Smith; Helen’s children; numerous great-nieces, great-nephews, cousins, and friends.

There will be a Memorial Service held for Willie at a later date.

In lieu of tributes, memorial donations may be made in memory of Willie to the Lakewood Lodge Auxiliary (Box 846 Big River, SK S0J 0S0). Family and friends wishing to send online condolences are welcome to visit www.beaulacfuneralhome.com Arrangements have been entrusted to the care of Beau “Lac” Funeral Home & Crematorium, Tammy Smart, Funeral Director, Shellbrook, SK. 306-747-2828.