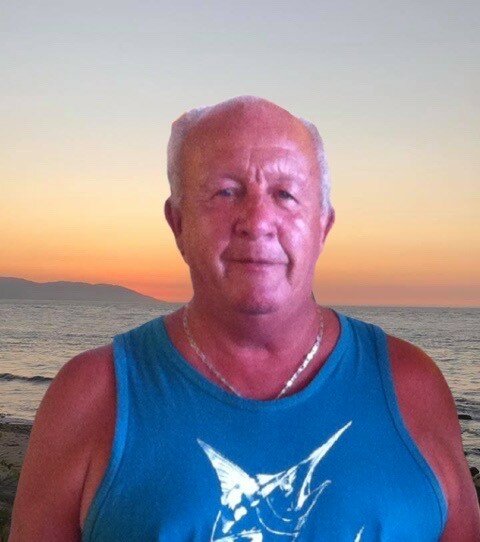 Robert “Bob” Stanton Dunbar was born in Prince Albert, Sask on March 4, 1947, to Barbara Ellen (Harper) and Robert Leslie Dunbar.  Bob grew up in Big River, Sask.  He joined the Navy at an early age and often talked of all the places he traveled to during this time.  Upon his release, he worked at the local sawmill and later worked for McLean’s Plumbing and Heating.  After gaining some experience he was able to get his Boiler ticket and become employed at the uranium mine at Cluff Lake.  Bob worked at the mine until his retirement.  He was living in Saskatoon at this time and remained there for the next few years.

In November 2009, Bob was reunited with Lynn Nelson.  Bob and Lynn had dated for a short period of time in their younger years and hadn’t seen each other for almost 40 years.  A short time later, Bob sold his house in Saskatoon and moved to the acreage at Stump Lake to live with Lynn.

Bob had numerous friends from everywhere.  He was a very outgoing person, interested in everything and everybody.  He loved visiting with people, the outdoors, and animals of every species.  He could tell you the name and breed of every dog he ever owned.  He enjoyed traveling and had vacationed in Mexico many times over the years.  He and Lynn continued these travels and loved the time they spent together there with the many new friends they met.  Lynn also introduced him to seasonal camping, and they spent their summers camping and fishing, first at Delaronde, then at Smoothstone.  Bob also loved to garden.  His motto was, “You can never have too many potatoes and carrots.”  He spent many hours tending the garden and yard and puttering in the shop.  He kept in touch with everyone either in person or on the phone.  Bob quickly became a friend and helper to his Stump Lake neighbors.  He grew close to Josh and Dyan Nordquist and their four children.  When Lynn didn’t know where he was, chances were he was next door at Nordquist's!  He was known to Lynn’s grandsons as Papa Bob and filled the role as another Grandpa in their lives.

Bob passed away suddenly at home on January 4, 2022.  His passing leaves a great hole in the hearts of all who knew him.  We will all miss him forever.

Bob will be lovingly remembered by his partner, Lynn Nelson, and her daughters, Layla Sten and sons Cole and Jace Knutson, Cristy (Lance) Reed and sons Mason and Cody; his daughters, Candace Dunbar and son Aiden, and Crystal Dunbar; his sisters Sandra, Audrey, Joan (Fran) Abbott, Barbara-Ann and their families.

Bob was predeceased by his father Robert Leslie Dunbar, his mother Barbara, and stepfather Harry James Phillips, as well as three young stepbrothers and a nephew.

A private family service will be held at a later date.

In lieu of tributes, memorial donations in memory of Bob may be made to the Prince Albert SPCA (Box 1832, Prince Albert, Sask.  S6V 6J9) or to your local SPCA or Animal Shelter of your choice. Family and friends wishing to send messages of condolences are welcome to visit www.beaulacfuneralhome.com

Share Your Memory of
Robert
Upload Your Memory View All Memories
Be the first to upload a memory!