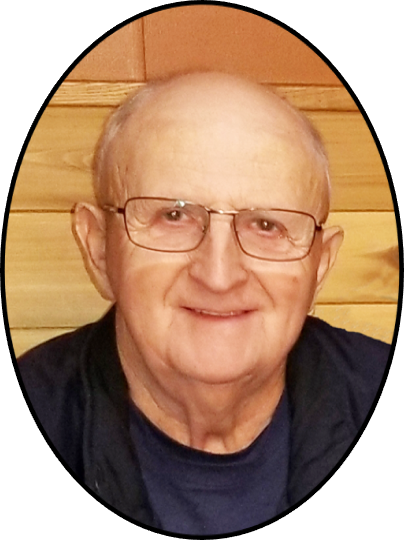 The family of Bill is saddened to announce the passing of our much loved husband, father, grandfather and brother on Saturday January 15, 2022.

Bill was born in Poland and came to Canada at a young age growing up in the Paddockwood area. He worked hard on the farm from a young age helping on threshing crews and general farm chores. He left home young to work in logging bush camps often hearing the mice in the bunk house walls and waking up to frost on his blankets. Next he worked on bridge construction in southern Saskatchewan. He then returned to Prince Albert and worked as a mechanic for several years. In 1978 he began work at Molson Breweries in Prince Albert and later at Molson’s in Regina until he retired.

Bill had many talents which included carpentry and made many projects from recycled materials including wishing wells, planter boxes and arbours. He loved gardening and he always had the goal to plant his garden first. Welding was another talent where he made tools he needed and many wood stoves. He could fix and recycle almost anything. He loved hunting, fishing and ice fishing. He did beekeeping and made his own hives and frames. He was also the best cook and baker in the house including traditional Czech baking. A favorite pastime was catching butterflies and ladybugs with his grandchildren when they were small.

Bill was a very kind, generous and patient man. He was the best husband, father and grandfather to us all. We love you and miss you very much and always will.

William is survived by his wife of 53 years, Jane; his daughters, Heather (Kirt) Specht and their children Logan and Morgan, Shannon Kacher (Chris Balon) and their daughter Mikayla Balon; his sisters, Mary Havlicek, Helen Bedford and Olga (George) Allen; his brothers, Ed (Irene) and Jerry (Louise);  sisters-in-law, Betty (Ken) Haugen and Josie Kacher; as well as many nieces and nephews.

He was predeceased by his son, Jeffrey; his parents, Joseph and Mary; his brothers Joe, Morris, Ross and Walter; his sister, Anne Borrowman; his nephews, Zane Kacher and Bill Havlicek; and his brothers-in-law, Walter Havlicek and Jim Bedford.

In keeping with Bill’s wishes there will be no formal service. In lieu of other tributes, donations in Bill’s memory may be made to the Rose Garden Hospice – in our Development Office located in the Gateway Mall, online at https://www.canadahelps.org/en/dn/26521, or by mail P.O. Box 2092, Prince Albert, SK, S6V 1E0.

Share Your Memory of
Bill
Upload Your Memory View All Memories
Be the first to upload a memory!
Share A Memory