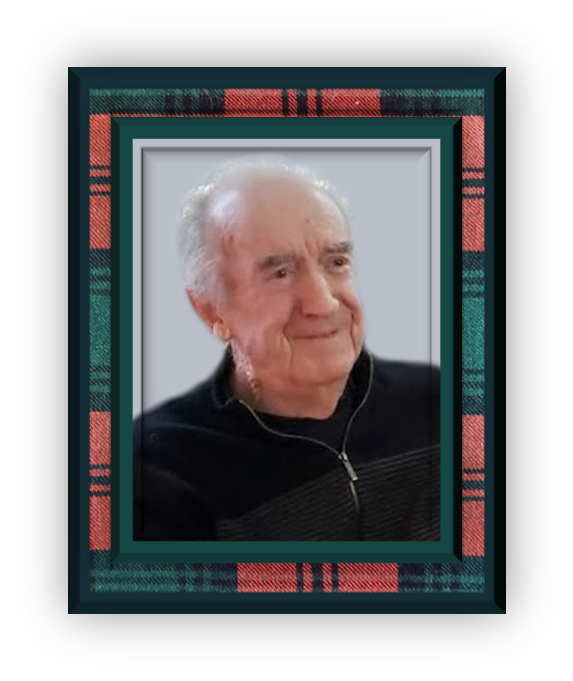 He married Mary “May” McDonald on August 26, 1961.  After completing university, he began his teaching career in Cowdenbeath, Scotland in 1963.  He emigrated from Scotland to Canada for the 1966/67 school year with his wife Mary and son Kevin.  He accepted a position offered by the Prince Albert School system.  What was a two year contract became a long and lasting career, which spanned 30 years until he retired in 1996.

A lifetime love of soccer (football) followed from his homeland and led to an involvement with Prince Albert Minor Soccer.  His passion for the game helped not only promote the sport but produced many successful teams along the way.  He was recognized for his dedication to soccer with awards, such as the 1984 Sportsman of the Year.  He was inducted into the Prince Albert Sports Hall of Fame in 1996 as a builder and was part of the 2002 induction in the team category.

Another passion was promoting Scottish culture as a member of the Prince Albert Caledonian Society, hosting St. Andrews and Robert Burns Celebrations.  The celebrations highlighted Scottish Culture while being highly entertaining and a great social event.  Anyone who attended these functions will remember the “Double Bills” as a highlight.

His retirement years were filled with attending his grandchildren’s numerous endeavors, such as sports, music, and art.  He volunteered at Sacred Heart Cathedral and made 10 trips back home.  As Dad always said, “Edinburgh is such a special place”.

Bill has touched the lives of many throughout his journey, creating memories which will last a lifetime.

In closing, he made friendships with many throughout the years.  They have been important and will be remembered fondly.  Their support has always been first class.

In a time of sadness and grief, you encounter so many sincere people, including medical professionals, nurses, home care workers, and the staff at Beau “Lac” Funeral Home.   Words cannot say enough for their support.

Bill is lovingly remembered by his wife, Mary “May” Kerr; his son Kevin Daniel Kerr, daughter-in-law Susie, and their family Kyla, Brendan and Caitlin; his son Liam Patrick Kerr and Liam’s partner Candace, and their family Daniel (Glenda), Travis, and Trevor; his son Niall Foy Kerr, daughter-in-law Lana, and their family Zachary and Zoe; his great-grandchildren, Nevaeh and Roman; as well as numerous other relatives and friends. Bill was predeceased by his parents, Daniel and Margaret Kerr (nee: Murphy); his parents- in- law James and Mary McDonald (nee: McQueenie)

In keeping with Bill’s wishes a Private Family Mass will be held.