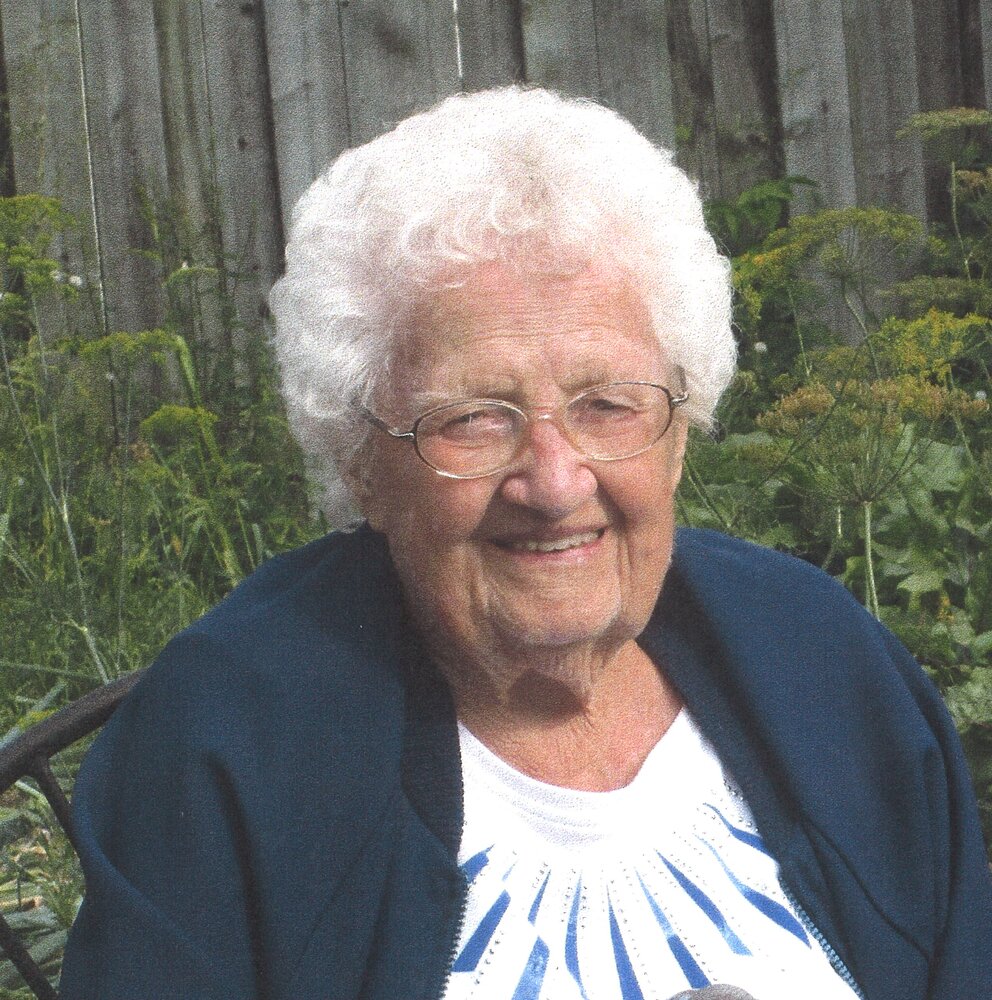 Obituary of Eva May Hartman

It is with sadness that the family of Eva May Hartman (nee Burr), late of Holbein, SK, announce her passing on February 10, 2022 at the age of 94 years.  Eva was born on February 18, 1927 to Jim Burr and Eva May Stewart (nee Souch), on a farm southeast of Shellbrook.  She attended Shellbrook School until grade six followed by Hazel Ridge and Crystal Plains Schools and completed her Secretarial course at Balfour Tech in Regina in 1943.  Eva met Arthur Hartman in 1949 and they were married in September of that year.  In 1951 they welcomed their son Neil and moved to Holbein.  Eva and Art lived on their farm west of Holbein until 1957 when they purchased the livery barn and Holbein Hall.  They remained there until 1963 when the building of the new highway passed through their quarter of land.  Eva began working for the Department of Natural Resources in 1972 until her retirement in 1987.  She remained on the farm until her health required a move to Nelson Care Home in Prince Albert on January 28, 2022.   Eva served as Secretary Treasurer for the Prince Albert Deanery A.C.W. for over 40 years.  She enjoyed knitting, crocheting, collecting ornaments and family gatherings with her family.

A Memorial Service will be held at 1:00 p.m. on Friday, June 10, 2022, at St. Andrew’s Anglican Church, 102 2nd Avenue East, Shellbrook, SK.  For those unable to attend, a recording of the service will be provided here when available.  In lieu of other tributes donations in memory of Eva may be made to St. Andrew’s Anglican Church, Box 233, Shellbrook, SK, S0J 2E0 or the Canadian Cancer Society, Suite 500, 55 St. Clair Avenue West, Toronto, ON, M4V 2Y7.

Share Your Memory of
Eva
Upload Your Memory View All Memories
Be the first to upload a memory!
Share A Memory