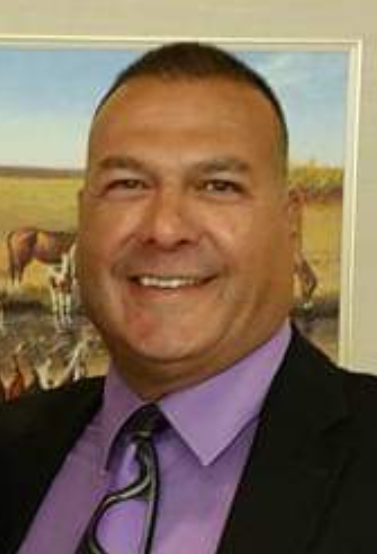 The recording of the Funeral Service for Richard may be viewed at: https://youtu.be/swLtMK6S_k0

Richard passed away February 18, 2022, surrounded by the love of his family and friends. Richard was born on May 17, 1964 in Shellbrook, SK to Wilna and Carl Nesland. He was the 3rd of 9 children. Richard grew up in Prince Albert, he loved sports, hunting, fishing, camping and golfing.

After High School he went to McGill University in Montreal where he had a full scholarship through hockey and loved it. He came back to Saskatchewan where he became an electrician, and later worked along the Arctic Coast. On March 17, 1992, he welcomed the love of his life, his son, Cody into the world. After 5 years of working on the coast and having a healthy son, Richard decided to become a Police Officer. He had a very enjoyable career with the Regina Police Force until he was in a motor vehicle collision while on duty with an impaired driver that would change his life forever. Richard's next career was with SIGA at the Dakota Dunes Casino and he enjoyed that job but in January 2011 he got terminal Cancer and worked extremely hard to beat it and that he did. In 2017 after a brief retirement, he got a job with Saskatchewan Corrections that he really enjoyed and always tried hard to go to work with a smile on his face every day.

Throughout Richard’s life, he renovated many homes with the help of his brothers and friends. He took pride in carpentry and doing home renovations and always wanted to include and teach his son on the skills he had learned over the years.

Richard was a 'pretty boy'. He was always very particular in the way he dressed and always looked sharp. He had quite the collection of cologne, watches, sunglasses and suits.

Richard’s parting words were "Love you all and please do me a favor - enjoy & love your family every day, if you can smile every day as it adds years to your life, look after your health as best you can, respect everyone equally and most of all continue to pray for those in your own way to everyone as you may not know what they have or what they're going through but do it if you believe they need it or not. May the Creator watch over you and keep you healthy and strong for years to come. I will miss you all. I know this is hard but know that I am in a better place."

Our hearts are broken, but he is at peace and no longer suffering. Richard will be sadly missed and lovingly remembered by his mother, Wilna; his son, Cody (Sydney); his brothers, Ira, Kevin, Clarke (Noella) and Trevor; his sisters, Sandra (Jim), Cynthia (Darcy), and Mavis (Geoffrey); his uncles, Barry, Glenn, Aurther (Cheryl), Eric and Spencer; his aunts, Wanda, Esther, Dorothy, Cathy, and Helen; as well as many nieces, nephews, great-nieces, great-nephews, cousins and friends.  He was predeceased by his father, Carl Nesland; his brother, Earl Nesland; his nephew, Tyson Lafonde; and his niece, Annastasia Nesland.

Wake Services for Richard will commence at 1:00 p.m. on Sunday, February 20, 2022.  Funeral Service will be held at 11:00 a.m. on Monday, February 21, 2022.  Both services will be held at the Ahtahkakoop First Nation Band Hall.  A recording of the service will be made available on-line 24 hours after the service.  Family and friends wishing to send condolences are welcome to visit www.beaulacfuneralhome.com. Arrangements have been entrusted to the care of Beau “Lac” Funeral Home, Tracy-Lynn Lenchuk, Funeral Director, Prince Albert, SK (306) 763-3322.

To send flowers to the family or plant a tree in memory of Richard Nesland, please visit Tribute Store
Sunday
20
February