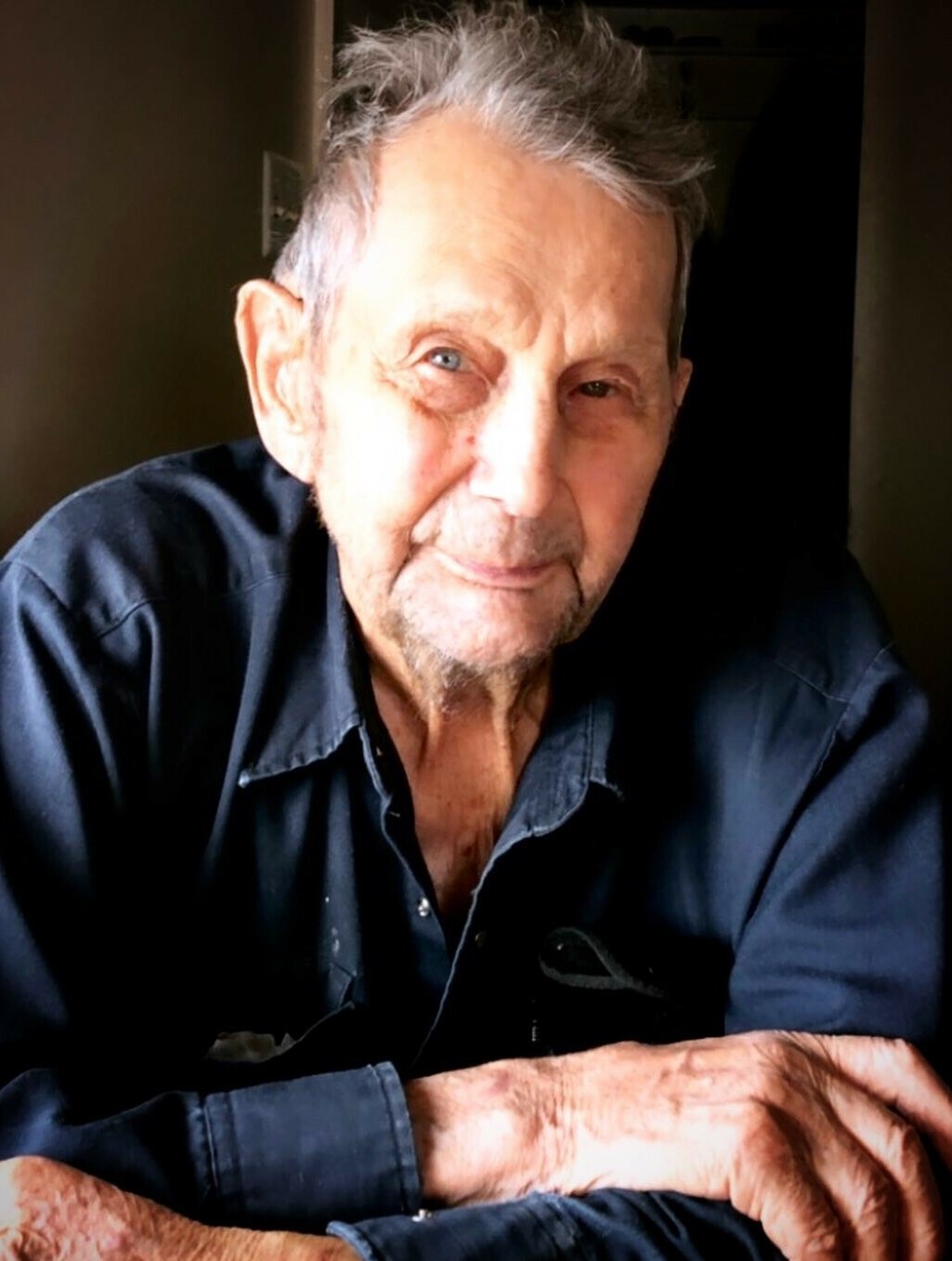 On Wednesday March 23, 2022, at the age of 98, Adam Klischuk passed away. Adam was born May 20, 1923, in Honeymoon, Saskatchewan and grew up in Steep Creek, Saskatchewan where he remained for the rest of his life on his beloved farm.

Adam married Esther Wall (who he said was the prettiest little lady) on November 2, 1951. They purchased the Steep Creek School, which they then turned into their home in 1958.   The farm in Steep Creek is where they went on to raise their two sons, Sheldon and Harley. Sheldon married Suzanne Antochow and they gave Adam his “favourite” grandchild Jessica Klischuk.

It brought Adam immense joy to show his granddaughter the farm. He would show her the animals, feed the goats, and get scratched up trying to catch her kittens. He loved to teach her about God through creation and the farm was the most beautiful place for that. The whole time there would be a blue heeler at his heels, but his favourite one was Buster who would lead him to the kitchen when supper was ready.

Adam’s interests were consistent, and he was a force to be reckoned with in whatever he set his mind to. He was raised as a Jehovah’s Witness and was well known for his strong, steady faith and love for God’s word. He loved meeting new people and sharing his knowledge of the Bible with anyone who would listen.

Some of his favourite hobbies were fishing, spending time with family, feeding birds and doing puzzles. He was an avid reader and his desire for Bible knowledge was insatiable.

Adam was a generous and caring person often helping people without anyone’s knowledge. Even though he was a very busy man he always made time for those in need. This is reflected in both his sons who also have these qualities. His son Harley showed extreme kindness and love for his father by remaining on the farm to care for both his parents so that they could remain at their home in their old age.

As sad as we are to lose such an amazing influential man, we take solace in his favourite scripture at Hebrews 6:10 because we know that his good works are remembered forever and always.

Adam was predeceased by his parents, Max and Olga (nee Woytena) Klischuk; his sister, Mary Roberts; and his brother, George Klischuk.

Share Your Memory of
Adam
Upload Your Memory View All Memories
Be the first to upload a memory!
Share A Memory