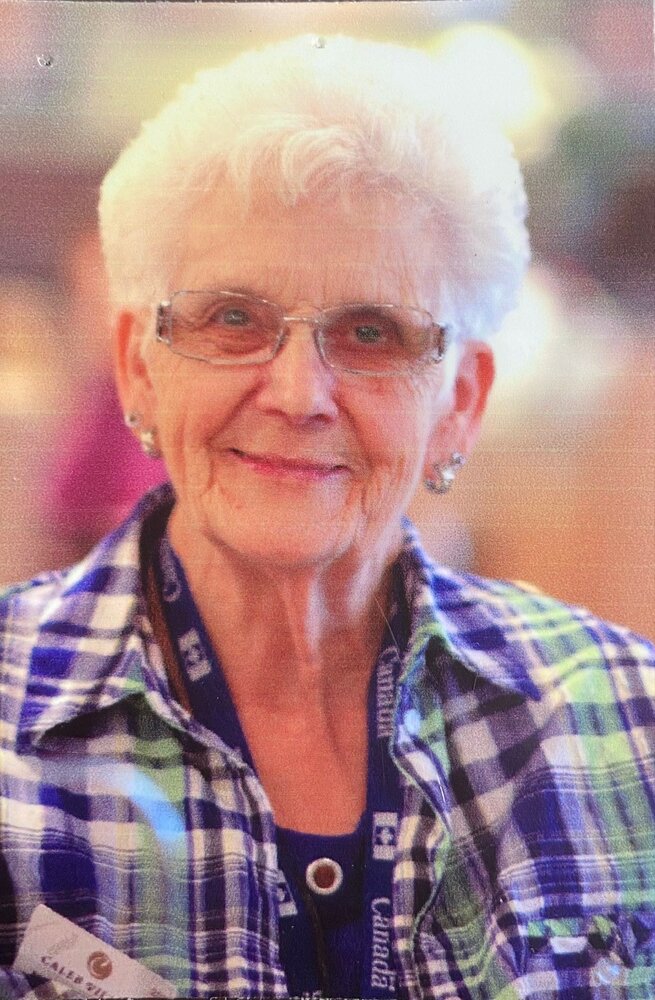 Muriel Gladys Mabel Sheldon passed away April 8, 2022, at the Herb Bassett Home in Prince Albert, SK at the age of 90. For her 90th birthday, her only request, was to be with my family.

Muriel was born March 21, 1932, in Nipawin, SK. At nineteen, she met and married Bob Sheldon.  They raised their children south of Prince Albert.

Muriel was involved with the Red Deer Hill 4-H Homecraft club, as a project leader and General Leader. She loved entering exhibits in the Prince Albert Exhibition. In 1970, she won the “Pearl Stevens Award” for receiving the most points in the ladies section.  She was awarded the Prince Albert “Women’s of Distinction Award” in 1991 for her volunteer involvement in 4-H, the exhibition, and the community.  In 2002, she was inducted into the 4-H Hall of Fame.

After Bob passed away in 2000, Muriel moved into Prince Albert and volunteered at the Rawlinson Centre and the Victoria Hospital. She took her job volunteering very seriously, as she wanted to help visitors and patients feel comfortable when they arrived.

Muriel had a passion for socializing. The coffee was always on and she made sure you were fed.  She loved baking, knitting, and her family.

We would like to thank all the health care professionals that supported Mom through the years.

To send flowers to the family or plant a tree in memory of Muriel Sheldon, please visit Tribute Store
Wednesday
13
April