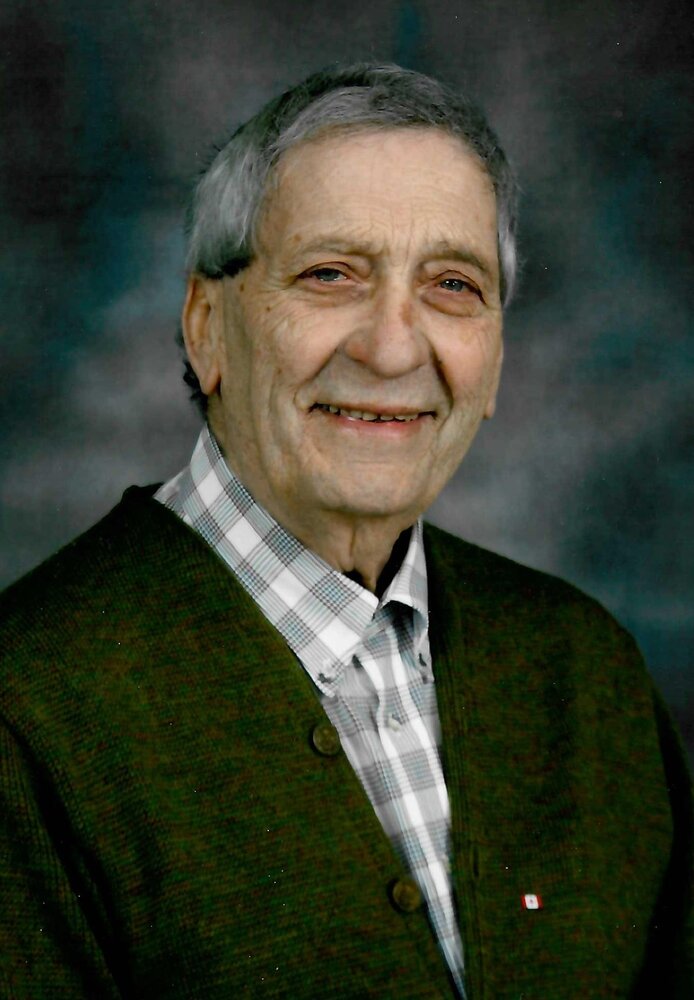 For those who were unable to attend Andre's Funeral Mass, the family wishes to share a video link below of Andre's Memorial Mass:

Andre Gilbert Joseph Dupuis was born June 12th, 1933, in Prince Albert, Saskatchewan.  His parents were Albert and Delima Dupuis and he was the 6th of 12 children.  He attended school at Hoey, Duck Lake, Gravelbourg, Albertville, and Henribourg obtaining a Grade 12 Education and Grade 8 Violin from the Toronto Conservatory of Music.  His family moved from Hoey to Prince Albert when he was in Grade 10 when they purchased a dairy farm just outside of the city limits. In 1946 his father bought land in Foxdale where his farming career began, and he met Helen Terrel who he married in 1957.   He enjoyed golfing, fishing, curling, hockey, weekends at Waskesiu, and fishing trips at Clam Lake.

Andy is survived by his loving wife of 65 years Helen (Terrel) They have 6 children,

The Funeral Mass will be held on Friday, April 22nd at 10:30 a.m. at St Agatha’s RC Parish in Shellbrook.  In lieu of flowers donations can be made to the Town of Shellbrook – Rink (Box 40 Shellbrook, SK. S0J 2E0). Family and friends wishing to send online condolences are welcome to visit www.beaulacfuneralhome.com Arrangements have been entrusted to the care of Beau “Lac” Funeral Home & Crematorium, Tammy Smart, Funeral Director, Shellbrook, SK. (306) 747-2828.

To send flowers to the family or plant a tree in memory of Andre Dupuis, please visit Tribute Store
Friday
22
April