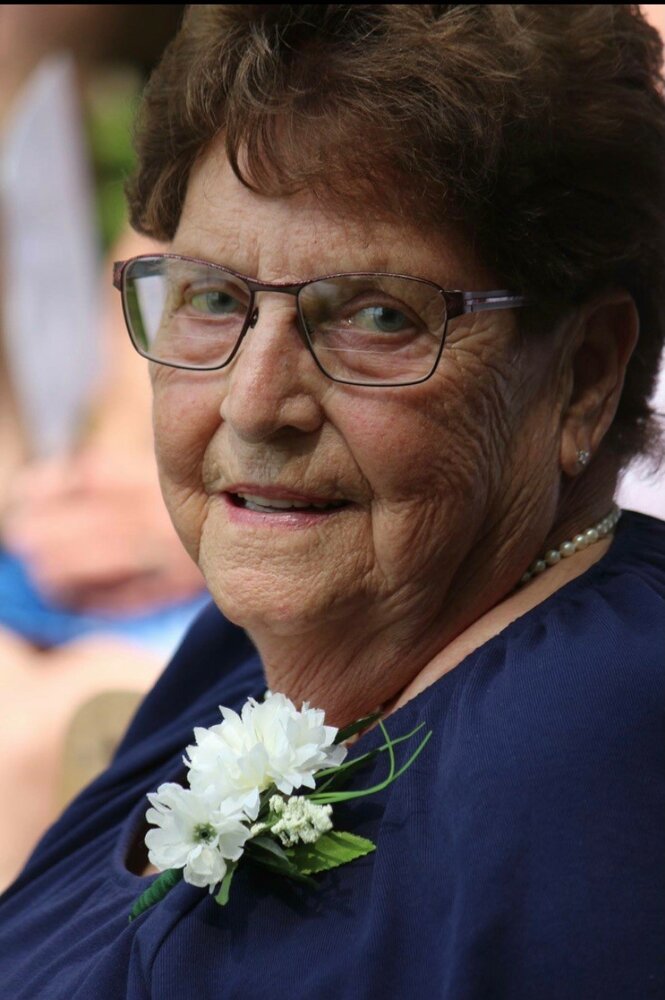 Helen Svendsen was born August 28, 1932 in Valbrand Sk. To Pete and Kristina Haldorson. Helen grew up and went to school in Stump Lake and spent her entire life living within a 5-mile radius of her first home (aside from a short stint in the Carrot River area).  She married John Sten in 1950. They had four kids together and are survived by, Wilfred (Barb) Sten, Kenneth (Lori) Sten, Lorraine (Larry) Johnson, and Carol (Rod) Gjerde.  John became ill in the early 60’s and Helen then had to care for the farm. She was very capable and took on all the chores and outside work.  In 1971 John passed away leaving her to raise the three younger kids on her own. They had been married for 21 years. A few years later she met Alfred Svendsen and they married in 1977. Shortly after, they purchased the Stump Lake Store and took on a new venture. They ran the store together; Helen became postmistress and he hauled fuel. They had a busy but wonderful life.  They loved to camp and fish and spend time with their family.  Helen’s kids and their grandkids were their life and they would do anything for them.  Helen was a perfectionist, and anything she set her mind to she did it with grace and it wasn’t done until it was done right! She was an accomplished seamstress, a carpenter, meat cutter, and Housekeeper extraordinaire.  Her laundry sparkled and she was a fantastic cook.  She worked for many years with her daughter Lorraine and her partner Mona at Neighborhood Caterers. She baked hundreds of dozens of buns and kept Larry inline in the dishpan! Helen had many health issues over the years, but she pushed through and carried on. Her body finally gave out on her and she became dependent upon her love Alfred.  With his love and 24/7 dedication, she was able to stay at home years beyond what she would have had he not been there. We are forever grateful for this.  In January of this year, she became a resident at WPP in Canwood.  Her health continued to fail, and on April 12th she took her last breath. Helen is survived by her husband (of 45 years) Alfred, her kids mentioned above, several grandchildren, great-grandchildren, relatives, and friends. She was predeceased by her first husband John Sten, a sister Tillie who died before she was born, her sister Anna (Svante) Person, and her brothers Alex and Roy Haldorson.  As well as parents and in-laws. A Celebration of Life was held at the Canwood Community Hall on April 23. She will be interred in the Stump Lake Cemetery at a later date.  Any donations may be made to the Stump Lake Hillside Cemetery. Family and friends wishing to send online condolences are welcome to visit www.beaulacfuneralhome.com Arrangements have been entrusted to the care of Beau “Lac” Funeral Home & Crematorium, Donna Lovberg – Funeral Director, Canwood, SK. (306) 468-2244.

To send flowers to the family or plant a tree in memory of Helen Svendsen, please visit Tribute Store
Saturday
23
April