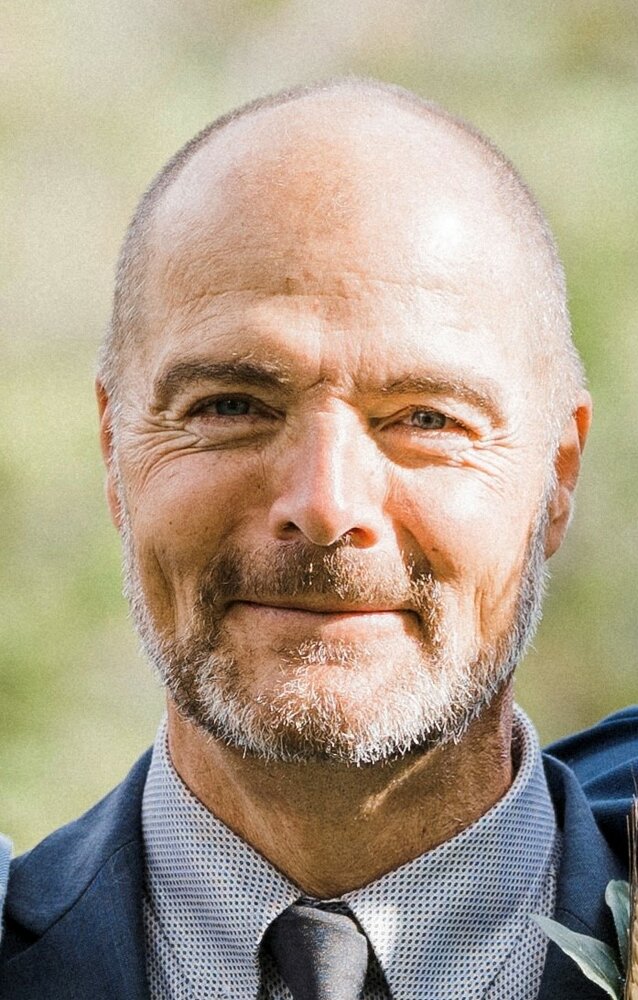 With immense sadness, the family of Guy Ritchie Mollison announce his peaceful passing, at home with his family by his side, on Monday, April 18, 2022, at the age of 63.

Guy Ritchie Mollison was born in Prince Albert on December 1, 1958 to Albert and Edna Mollison, and spent his early childhood years there until the age of eight when they moved to the family farm in Choiceland.  He had an active life on the farm with his sister and brothers, working side by side with his father, and talking up a whirlwind with his mother.  During these family times, he gained a great appreciation for the outdoors.  This was the beginning of his love for lake life.

Finally, the time came for him to spread his wings and venture out on his own.  He made the decision to move from the farm to Saskatoon.  He immediately set to work, doing various jobs, making new friends wherever he went, and eventually going to school to become a journeyman plumber.

He worked hard at his new career, excelled in his field, and once again was ready for a new adventure.  It was time to open his own plumbing business.  It was exhausting but rewarding to be his own boss.

Business was good, life was busy, but somehow he still made time for fun and friends.  In 1985, armed with his infectious personality and boundless energy, he struck up a conversation with the woman who was destined to be the love of his life.  They became inseparable and went on to marry in 1990.  Guy introduced Sonia to Candle Lake, and this was the start of a whole new way to get away from the hectic pace of day to day city living.  From then on, the lake became their go-to spot for the summer, going from having their own trailer to buying their own cabin.  This became a hub for spending time with nieces and nephews, extended family, and friends.  Lake life was glorious and something to always look forward to.

With his soulmate by his side, Guy continued to take in new experiences.  Opportunity came knocking in the form of a new job with SaskPower/TSASK and so in 1997, Guy and Sonia moved to Prince Albert where he began his career as a gas inspector.  For almost 25 years, he was a dedicated inspector, respected colleague, and mentor to many.  He truly loved and was loved by his SaskPower/TSASK family.

In 2003 they welcomed their first son, Colby, and sixteen months later, along came Reese.  A prouder or more dedicated father could not be found.  Any moment to be with his boys, teach them something new, be a support, be a friend, and express his love for his family was never missed.  No sport they were involved in wasn’t to be celebrated, and no book they read wasn’t to be talked about.  It didn’t matter what it was.  He was present and attentive for all of it and loved every minute of it.

Guy’s zest for life, gentle spirit, and endless desire to be a helping hand to everyone allowed him to enter any space and always leave it better than he found it.  His booming voice was unmistakable, his laugh vibrant, and his generosity undeniable.  His ability to be inclusive to all was a rare gift.  The impact he made on everyone he touched will resonate with us all and the lessons he taught us about how to be kind, how to just go for it, how to show love, how to be a person who thrives on holding others up so they can accomplish more than they ever thought they were capable of, will always remain.  We have learned to live out loud, give the best hug you can every time you hug someone, treat everyone like they are the most important person you have ever met, be the best friend you can at every opportunity, and spread joy in abundance.  In Guy we were blessed with a son, a brother, a husband, a father, and a friend, and we are all the better for it.

Guy is survived by his loving wife, Sonia; his children, Colby and Reese; his mother, Edna Mollison; his siblings, Charleen Pfeil and her family Kelsey  Pfeil and Breanne (Brody) Richardson, Brett Mollison (Chanda), Hal Mollison (Lisa) and their family Brenden Mollison, Jasmine (Eric) Doerksen and their family Tatum and Liam and Jessica (Cody) Mercer and their family Ariya; sister-in-law Alison (Mario) Taillon and their family Nigel Frank, Gabrielle Frank, and Sasha Frank. He was predeceased by his father, Albert Mollison.

A Private Family Service will be held.

Memorial donations in Guy's memory may be made to the Rose Garden Hospice (PO Box 2092, Prince Albert, SK, S6V 1E0).

The family would like to express their sincere thanks to all the exceptional medical staff who have been involved in Guy’s care.

Share Your Memory of
Guy
Upload Your Memory View All Memories
Be the first to upload a memory!
Share A Memory