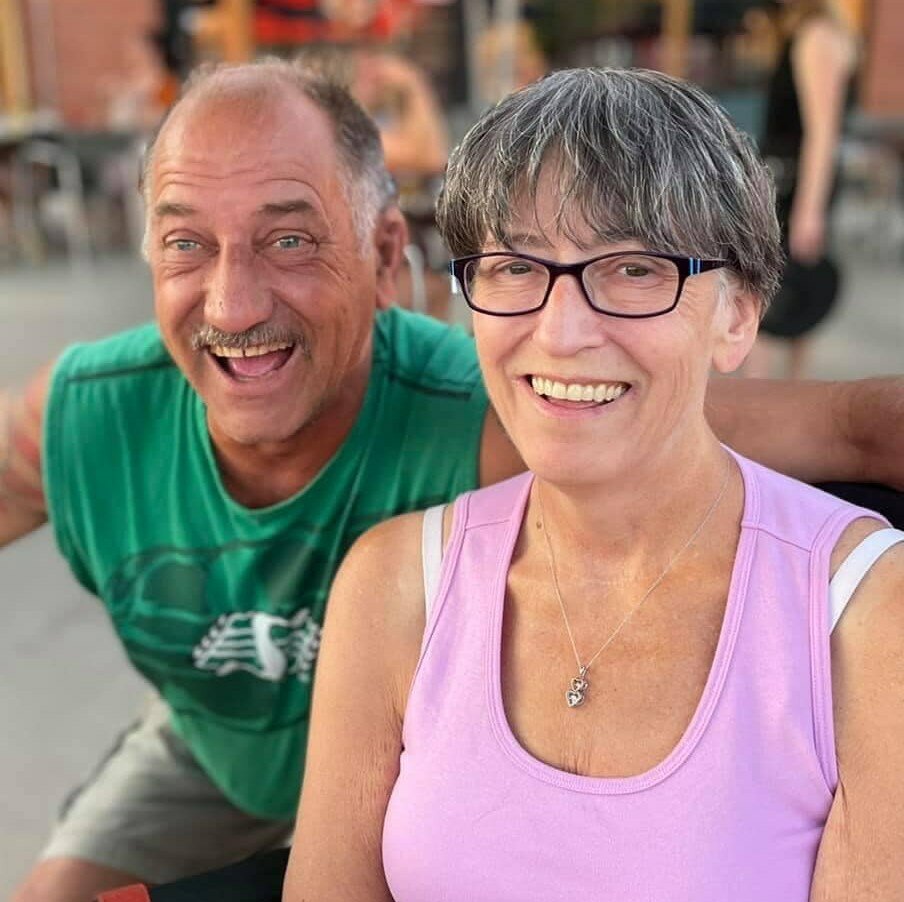 Curtis and Mary Lynn met in 1997 in an internet chat room.  After meeting with other members of the group for coffee meet ups, they started dating.  Love quickly bloomed and they were married on September 11, 1999.  They lived in Saskatoon for a few years until they moved to their new house in Warman.  In 2005, they adopted Sara and Christy, making their family complete.

They enjoyed traveling to Mexico and continued traveling until Mary Lynn became ill.  Even through Mary Lynn’s illness, they never gave up hope and continued plans for future endeavors.  Due to Mary Lynn’s illness, the hard choice was made to relocate to Edmonton while she awaited a liver transplant.  Two weeks after the move, Mary Lynn received her transplant.  Hope and excitement increased as she continued to heal.  On November 30, 2021 Mary Lynn was informed of a terminal cancer diagnosis.  What was hope and excitement turned to making every moment count and it was her wish to have the best Christmas ever.  Unfortunately, Mary Lynn passed away on December 19, 2021, exactly one year after receiving news of her donor liver.

Curtis could not cope with the loss of the love of his life and passed away from a broken heart less than two months after Mary Lynn on February 13, 2022

Mary Lynn and Curtis are survived by:

Their daughters, Sara and Christina Wiebe

They were predeceased by:

In lieu of other tributes, donations in Memory of Curtis and Mary Lynn may be made to Kin Enterprises, 457, 40th Street East, Prince Albert, SK, S6W 0A5

To send flowers to the family or plant a tree in memory of Curtis and Mary Lynn Wiebe, please visit Tribute Store
Saturday
11
June