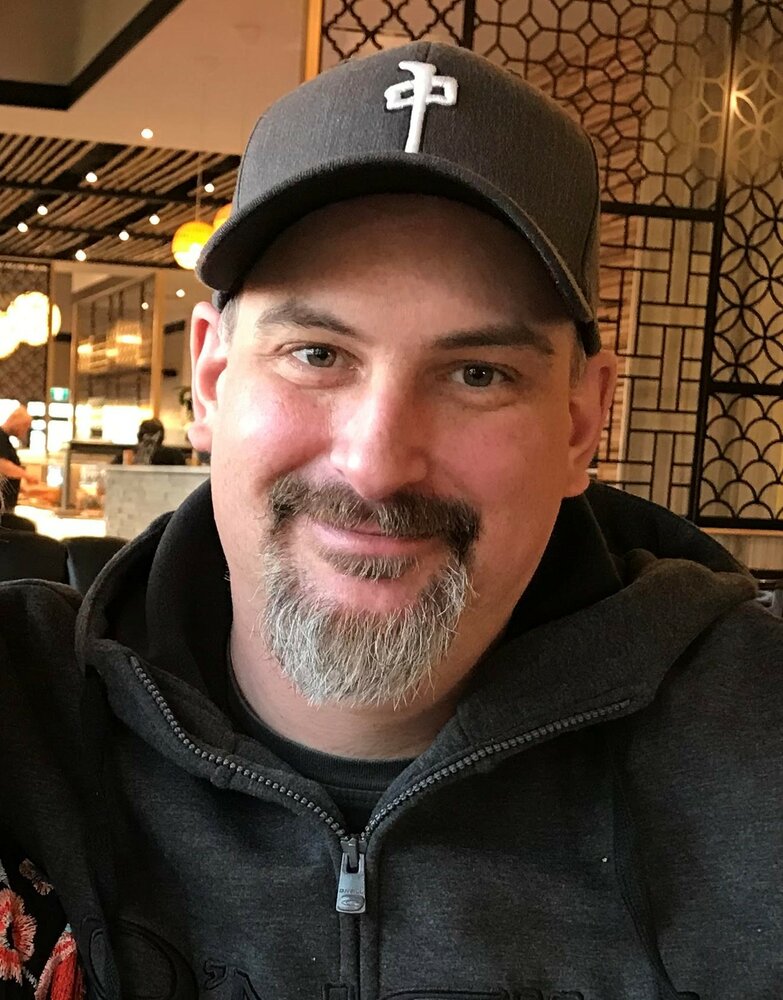 Daniel, or better known as Dan, was born in Edmonton on July 10th 1980 to Luc and Linda. He came into this world as an energetic, goofy little guy. He joined his sister Annette who quickly christened him “Dan Dan” and refused to call him any other name. Not long after, the family moved to Debden where his tale of two towns really began. As Dan grew up, his athletic abilities and skills quickly became very apparent where his involvement in every aspect of small town recreation and sport teams had his number and due diligence. From fastball, hockey, and skiing, his skills were in demand and recognized as a valuable team member. He was on the Double A Midget hockey team out of Shellbrook. Not many stones were left unturned nor any grass grew under his feet as this energetic young man left his mark either in everyone’s minds or on his opponent’s bodies.

Dan quickly developed his very inquisitive mind at an early age wherein encyclopedias sparked his interest and research skills. His mother and sister became the target of many inquiries where Dan always provided the answers to his knowingly difficult questions prodding to see if they knew the answers. Dan attended school in Debden for his Kdgt to Grade 12 education. Here, he blossomed as an early writer, poet and love of the English classes in particular. His socialite behaviours endeared him to many of his classmates and disdain of some of his teachers.

Dan expanded his repertoire into the world of music at a young age. Here, he began taking guitar lessons, which ended fairly quickly, as his teacher felt Dan already knew more than him. Dan started out with Fred Penner, moved on to Michael Jackson and then discovered heavy metal, to the chagrin of the neighbors and family. His prowess on the guitar became his stamp that could challenge the talent of his musical idol, Dimebag Darrel. Music became his world and his release from the stresses of life. It was a major part of his life, as you can witness by only a couple of his beautiful guitars displayed here today.

Dan loved animals, especially the strange ones such as midget hamsters, lizards, spiders but also cats and dogs, He became a storm watcher and a budding scientist with this concoctions and experiments which led him to developing his own recipes, challenging his cousin Chad as a Master Chef. One of his favorite places to be was at the cabin, at the lake, fishing, swimming, and relaxing.

Following graduation, Dan left the safety of home and ventured out to Saskatoon where he enrolled in trade school to pursue a welding career. Not long afterwards, he changed paths and returned to the city to look at a different career as an electrician apprentice. Jobs were scarce and employment rather sparse so onto another path in the glass business. Having gained sufficient experience in this trade, he ventured with a friend to establish their own glass business. Competition in this business was sharp and challenging.

Lisa and Reid became a major part of Dan’s life for a number of years as their friendship and relationship became his “raison d’etre”. They always held a special place in his heart. Wherever Dan went, whether it was Big River, Canwood, Shellbrook, North Battleford or Saskatoon, he quickly made friendships that he always valued. Dan especially loved his family, his parents, especially his grandparents, along with his aunts, uncles, cousins, friends who were a major and special part of his life. The gleam in his eye was his niece, Linette, that he treasured most. He was the most loving, caring person you would ever want to meet.

To all those of us who met and knew Dan, he has left a loving memory which will forever be in our hearts. We all feel for the struggles Dan faced with his health and recent illness which has taken this extremely special person to a better place where he can continue to be the foot-loose and fancy free spirit that he was always destined to be. We will sincerely miss you Dan but you have left us with such wonderful memories and we love you for it. Continue to watch over your family as you always did.

As a final farewell, Dan I have a special story that is so you:

I read of a man who stood to speak
At the funeral of a friend.
He referred to the dates on his tombstone
From the beginning to the end.

He noted that first came the date of his birth
And spoke of the following date with tears,
But he said what mattered most of all
Was the dash between those years.

For that dash represents all the time
That he spent alive on earth
And now only those who loved him
Know what that little line is worth.

For it matters not, how much we own,
The cars, the house, the cash,
What matters is how we live and love
And how we spend our dash.

So think about this long and hard;
Are there things you’d like to change?
For you never know how much time is left
That can still be rearranged.

If we could just slow down enough
To consider what’s true and real
And always try to understand
The way other people feel.

And be less quick to anger
And show appreciation more
And love the people in our lives
Like we’ve never loved before.

If we treat each other with respect
And more often wear a smile,
Remembering that this special dash
Might only last a little while.

So when your eulogy is being read
With your life’s actions to rehash
Would you be proud of the things they say
About how you spent your dash?

Family and friends wishing to send online condolences are welcome to visit www.beaulacfuneralhome.com.  Arrangements have been entrusted to the care of Beau “Lac” Funeral Home and Crematorium, Lynn Anderson Funeral Director, Shellbrook, SK 306-747-2828.

To send flowers to the family or plant a tree in memory of Daniel Demers, please visit Tribute Store
Saturday
18
June