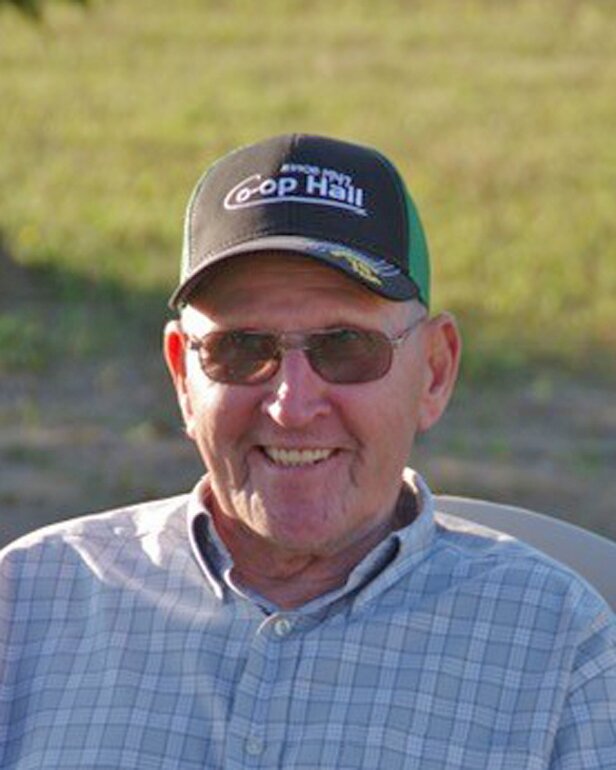 It is with great sadness the family of John “Jack” Schuetz announce his passing on Sunday June 12, 2022 at the age of 82.

Jack was born in Shellbrook on August 13, 1939 to John and Marian Schuetz.  He was raised in Mayview where his family homesteaded.  He played in a band called the “HOT SHOTS” and played for dances around the area.  He loved playing music, he played guitar, accordion, and an organ.  Jack loved playing cards with his wife Sharon, his kids, neighbours, and grandkids.  He also loved playing a wild game of marbles with his grandkids Amanda and Roddy.

On December 7, 1963, Jack married the love of his life Sharon Wright.  They raised four children – Charlene, Karl, Maureen, and Kurt.

Jack started farming in 1965 and bought land from his mom in 1968, and later purchased land from Joe Babel.  Over the years he farmed, raised pigs and cattle, while driving bus in between.  He farmed until 2021 enjoying his time in the tractor and combine.  Jack started driving school bus for the Prince Albert School Unit #56 in 1959 and continued driving until his retirement in 2004.  He drove bus for 45 years driving three family generations, his own kids, and his grandchildren.

Jack is survived by his wife of nearly 59 years, Sharon.

Jack was predeceased by:

His parents-in-law: Herbert and Anna Wright

A private family burial will be held at Mayview Cemetery.

Donations in Jack’s memory may be made to the Heart and Stroke Foundation.

Share Your Memory of
John
Upload Your Memory View All Memories
Be the first to upload a memory!
Share A Memory