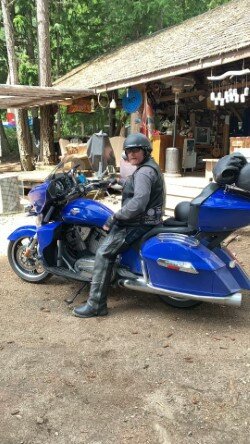 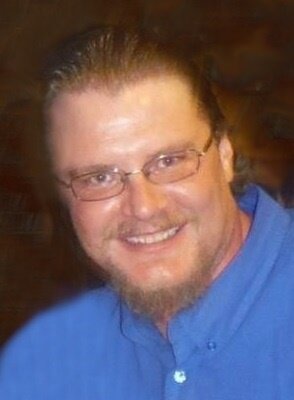 Tyson David Leigh Desjardins, currently of Preeceville, SK (formerly of Saskatoon and Marcelin), passed away on June 16, 2022, at Royal University Hospital in Saskatoon, after a two-year battle with neuroendocrine cancer. He was 44 years old.

Tyson was born on May 6, 1978, in the Crow’s Nest Pass, AB. Tyson lived with his grandma and grandpa in Hillcrest and Whitehorse until he was 8 years old when he moved to Marcelin to live with his parents, Richard and Brenda Desjardins. He attended school in Marcelin and Leask. Throughout high school, Tyson worked with his dad and grandpa at the family service station, Desjardins Service. After high school, he attained his journeyman as an automotive service technician from SIAST Kelsey Campus. He worked in Saskatoon, with the majority of his career at BEMA Autosport BMW. Tyson often joked that he had as many hours of training to fix foreign vehicles as a doctor has to fix people. He was very proud of his accomplishments in his career.

Tyson married Tara Kyle in 2001. They had one son (David) in 2000 and raised Tara’s two children (Daggon and Josh) together until 2011. Daggon, Josh, and David were always Tyson’s focus and priority, and he was a loving and supportive father to all three of them.

In 2013, Tyson started dating Sherry Joanette. Their relationship was strengthened by a common history of growing up in the Marcelin area and decades of friendship between their families. Tyson and Sherry maintained a long-distance relationship between his home in Saskatoon and hers in Preeceville for 6 years. They traveled back and forth to spend time together. Tyson introduced Sherry to motorcycle riding, and they enjoyed trips on and with the bike to BC and Alberta each summer. They especially loved spending time in their “happy place”, Toad Rock in BC. Tyson always called Toad Rock “home” and considered the friends he made there as  family. In the fall of 2019, Tyson moved to Preeceville. He got a job at Formo Motors there and was enjoying a less physically demanding job as a service manager.

In March of 2020, Tyson began to experience pain and illness and in July of 2020, he was diagnosed with neuroendocrine cancer. His original prognosis was hopeful, with no expected impact on his life expectancy and a plan to manage his symptoms with medications. However, the disease was more aggressive than expected and despite treatments, Tyson’s health gradually declined. In the true form of his character, Tyson fought hard and refused to give up on doing the things he loved. He was still able to ride his motorcycle in the summer of 2021, and he and Sherry made the trip to Toad Rock last August. Right up until his hospitalization the week before he died, Tyson was making plans to get back out to BC in the summer of 2022.

Besides riding his motorcycle, Tyson also enjoyed fishing, hunting, and spending time with his friends. He was an avid fan of the Calgary Flames, the Saskatchewan Roughriders, and NASCAR. He loved to sing (loudly and badly) and listen to music, especially when it was live. He could fix almost anything and worked so hard until his health prevented it. He enjoyed gardening and yard work and took a lot of pride in growing food to eat and making things look beautiful. He was strong, stubborn, and loving. He will be missed by all who knew him.

Tyson was predeceased by his father, Richard Desjardins, and his grandparents, Tilly Macdonald, Dave Chambers, and step-grandfather, Archie Macdonald.

Left to miss him and cherish his memory are his spouse, Sherry Joanette, his mother, Brenda, his brothers Benett and Shawn (Jalisa), and his children Daggon, Josh, and David, as well as his stepsons, James and Eric Dodge. He will also be dearly missed by his nieces, Ashlyn and Ava, and his nephews, Walker and Liam; his grandparents, Raymond and Giselle Desjardins, as well as numerous aunts, uncles, cousins, and friends.

There will be a Memorial Service held for Tyson on Saturday, June 25, 2022, at 2:00 p.m. from the Shellbrook Community Hall. Tyson will be laid to rest at a later private family interment.

Memorial Donations may be made in memory of Tyson to either the Canadian Neuroendocrine Tumour Society (CNETS 333 Pitt St. Suite 102, Cornwall, Ontario K6J 3R1) or visit them online at (cnets.ca) - or you are welcome to make a donation to the Saskatoon Motorcycle Ride for Dad (RideForDad.ca).

To send flowers to the family or plant a tree in memory of Tyson Desjardins, please visit Tribute Store
Saturday
25
June