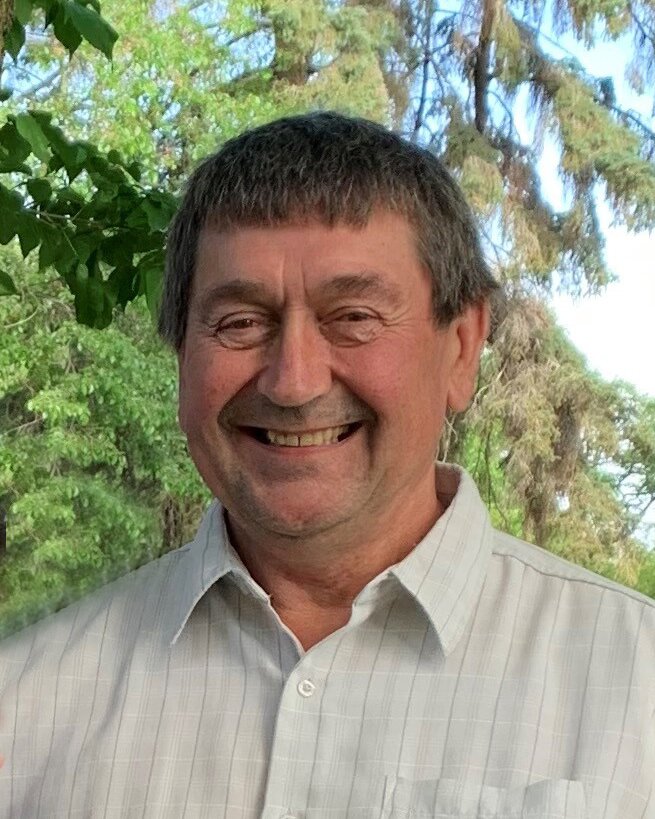 After a full and well lived life, Kenneth “Ken” Blocka passed away peacefully with his family by his side on June 19, 2022 at 59 years of age.

Ken was born in Prince Albert on November 12, 1962.  His younger school years were spent attending West Central School in rural Prince Albert.  He finished his high school years at Carlton Comprehensive High School in Prince Albert. Following graduation and over the course of the next four years, Ken attended classes at SIAST in Moose Jaw, SK, while apprenticing as an electrician at Peerson Electric in Prince Albert. A few years later, Ken, his brother, and a friend decided to form their own electrical company, Botek Electric. They worked on small commercial jobs and were quite successful.  In 1987, it was decided that a change would be made and Ken would go off and start the career he really loved, farming.

If there was such a thing as a Master Farmer, this was Ken.  He knew just about everything there was to know and was eager to share his knowledge if asked.  Ken started off small but had grown his operation to 4000 – 5000 acres, adding improvements along the way.  He was always happiest when he was out crop checking, spraying, swathing, seeding or combining.  He was extremely proud of his accomplishments but would never tell you that.  Like many farmers before him, he quietly went about his business of growing food to feed the world.

During his younger years, Ken was passionate about playing soccer and played with the Ridge Tigers.  He often talked about how much fun these days were and all the great friendships he made along the way.  He was very proud to have been a part of teams that won the City Championships 4 times and Provincial Championships 3 times. A high point for him was getting to go to the Western Canadian Championships in 1973.

His other great interest was snowmobiling.  There were countless trips to the mountains with friends and family.  He loved the challenge of riding in the mountains and the awesomeness of the scenery.  In recent years, there haven’t been so many mountain trips, but trips to the “shack” were special times.  Many stories were told, some laughs were had and maybe a bit of snowmobiling was done.

Ken made friends quickly, and often, for life.  He was an extremely loyal person and many of his business relationships turned into friendships. The bond he and his friends shared was often over farming but could have been over anything.  His many farmer friends were more like brothers than simply acquaintances. So many stories of what was growing, what wasn’t, “should we spray for bugs?”, “what price did you pay for your fertilizer at the Co-op?”, etc.

In June of 1982, Ken met Lynn at a wedding dance for a mutual neighbour.  Their first date was on July 1st and it was definitely fireworks!  They were married on July 19, 1986.  They farmed, worked hard, played hard, travelled and spent tons of time together.  In 2000, it was time to settle down and start a family.  Garrett was born that year followed by Bryn in 2002 and Cole in 2003.  Family complete, they set out to give their kids the world and worked towards that every day.  Ken was so proud of the young adults they have all become.

Ken is survived by his wife of 35 years, Lynn; son Garrett, daughter Bryn and son Cole.  He is truly missed by his constant puppy companion Koda, and the kitties.

Ken was predeceased by his father Marion Blocka, his father-in-law Robert (Keith) Giles, his maternal and paternal grandparents, numerous aunts, uncles and cousins.

To send flowers to the family or plant a tree in memory of Ken Blocka, please visit Tribute Store
Thursday
23
June