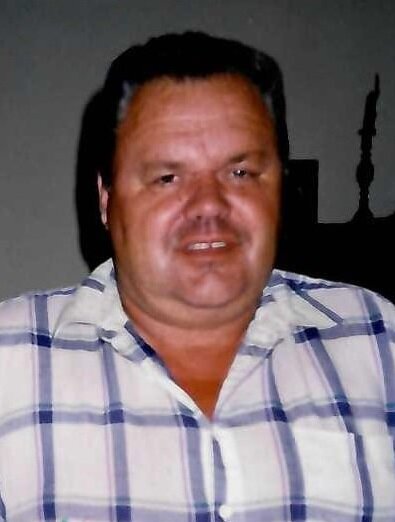 Garry Reinhold Mamchur was born on July 1, 1945, in Prince Albert, Saskatchewan. He grew up on a farm in the Parkside area and attended school in Parkside and finished in Shellbrook. He enjoyed visiting his uncle, aunt, and cousins in Debden, and had cherished memories of spending time with his grandparents. He left home the day after he graduated and moved to the Estevan area and stayed and worked with his ‘cousin’ Ted Rina’s until he started working at John Deere. While he became enamored with all things green and yellow, he fell in love with Berva Jean McAllister, and they were married the day after a major snowstorm in Estevan on April 22, 1967.

Garry and Berva started out and continued to live in mostly Estevan until the spring of 1970, when they purchased land in the Kilwinning area. There they began to grow a mixed farming operation and then a family of their own. With a growing family, there was a need for a larger home, so Garry took the lead in building a new home that they moved into in 1982.

Family was always of incredible importance to Garry and quality time was spent working on the farm, looking for crocuses in the spring, and on getaways whenever possible.  Many family memories were made in the mountains, at lakes and in Disneyland. He loved to take the odd day and go fishing. One of the places he loved to visit had been enjoyed by all generations of his family, Cowan Dam.

Over the years Garry and his family enjoyed community events at Kilwinning and in the area. Long lasting friendships were something that Garry treasured.

Garry was willing to help and serve in the community whenever and however he could. He spent years as a Leask Lion’s Club member, Boy Scout Leader in Leask, and was a founding member of the Parkland Youth Initiative in Shellbrook, was a school board member in the Blaine Lake School Division, served as secretary at the Honeywood Cemetery, and was proud to serve as a member of church council at Immanuel Lutheran Church in Parkside.

Garry passed away peacefully while a resident of Long-Term Care in the Parkland Integrated Care Facility in Shellbrook on July 17, 2022, at the age of 77.  A service was held at Immanuel Lutheran Church in Parkside on July 22, 2002, led by Pastor Chris Dean.

In lieu of tributes, memorial donations may be made in memory of Garry to the choice of the donor.

To send flowers to the family or plant a tree in memory of Garry Mamchur, please visit Tribute Store
Friday
22
July