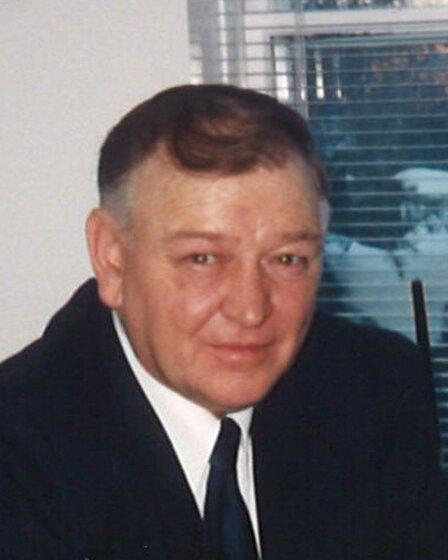 Jack William Powers was born in Kinistino, Saskatchewan on February 10, 1950, the eldest child of Carl and Queenie (nee Hope) Powers. Jack passed away July 19, 2022 in Saskatoon, SK. He attended elementary school in Kinistino, SK and Weldon, SK. After putting in the required time at high school in Birch Hills, SK, he set out in 1969 to make his way in the world. He found employment in Lynn Lake, MB and Hinton, AB and a short stint harvesting with Bill Longshore in the southern United States. Jack then returned to Weldon to help his dad on the farm.

In 1973 Jack married Margeriet daughter of the late Peter and Marie Prins of the Colleston district east of Prince Albert, SK.

In 1974 they purchased a quarter section of farmland north of Weldon and so started a new chapter in their lives. The following year a farrow to finish hog operation became the farm focus. Jack also worked off the farm hauling pulpwood to Weyerhauser Can. Ltd. as a driver for various trucking contractors.

In 2003 Jack trained with the Saskatchewan Municipal Hail Corporation in Regina, SK and he became a hail insurance adjuster for two summers while continuing to farm with the help of his wife and son. His last employment was Merv Stacy Trucking, sub- contracted to N.R.T., hauling propane to northern Saskatchewan. He enjoyed this work until poor health ended his driving career in the spring of 2017.

Jack was elected to council for the RM of Kinistino in November 2009 and served for 13 years until his passing. He also served on the District 32 A.D.D. Board for several years most recently as chairman.

He was active with the Elks Club of Weldon, serving in their many capacities including Exalted Ruler then transferring to the Prince Albert chapter as a member until his passing. Jack enjoyed playing pool all his life and excelled several times as the PA Elks Club Pool Champion. He played every Tuesday evening in their winter pool league even after her was confined to a wheelchair.

Many happy hours were spent camping, boating and fishing with his family and friends at Waskesiu, Candle Lake and Jan Lake, He also enjoyed ice fishing and had memorable experiences with his “ fishing family” from Smeaton, Choiceland and Prince Albert. Jack had many friends and acquaintances and lived life to he fullest.

In lieu of flowers donations in Memory of Jack may be made to the Weldon Care Home, 54 Central St, Weldon, SK S0J 3A0,  or The Rose Hill Cemetery, Weldon, SK

Share Your Memory of
Jack
Upload Your Memory View All Memories
Be the first to upload a memory!
Share A Memory