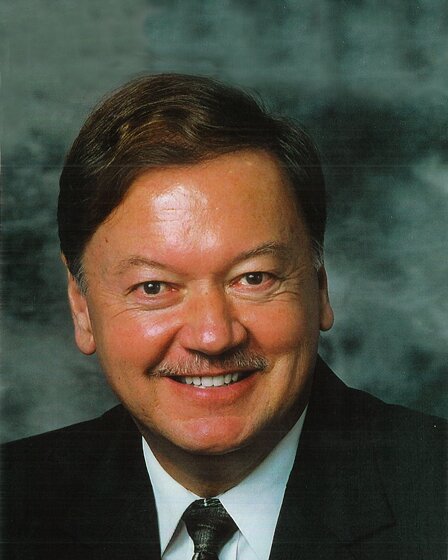 Please share a memory of Garry to include in a keepsake book for family and friends.
View Tribute Book

Garry’s outgoing personality and love of people made him a natural in sales.  His career path took him from sales, shoes, furniture, and print advertising to the real estate industry.  The lessons he had learned in customer service combined with his natural people skills led to a very successful career in real estate that ran nearly 40 years.

Garry received many awards for his success in real estate, but he was proudest of the fact that he had many return customers.  He saw that as a true testament to his success.

Garry was also very much at home on the golf course.  At one point he was considered to be among the top junior golfers in Saskatchewan.  As time and his career advanced, golf became much more of a recreational pursuit for Garry and Doreen.

Garry and Doreen enjoyed many vacations to warmer climates as well as regular trips to Vegas.  Another highlight for Garry was travelling to different parts of the country and the world to watch his nephew Ryan compete at Special Olympics and Down Syndrome world swimming competitions.  The latter took him to Italy on two occasions.  The vacations that Garry and Doreen had with Wendy, Wayne and Ryan that followed those competitions created lasting memories.

He was predeceased by his parents, Herman and Isabelle Schriml.

A Private Family Gathering will be held.

Donations in memory of Garry may be made to the Cardiac Unit of the Royal University Hospital Foundation - 103 Hospital Drive, Saskatoon, SK S7N 0W8

Share Your Memory of
Garry
Upload Your Memory View All Memories
Be the first to upload a memory!
Share A Memory