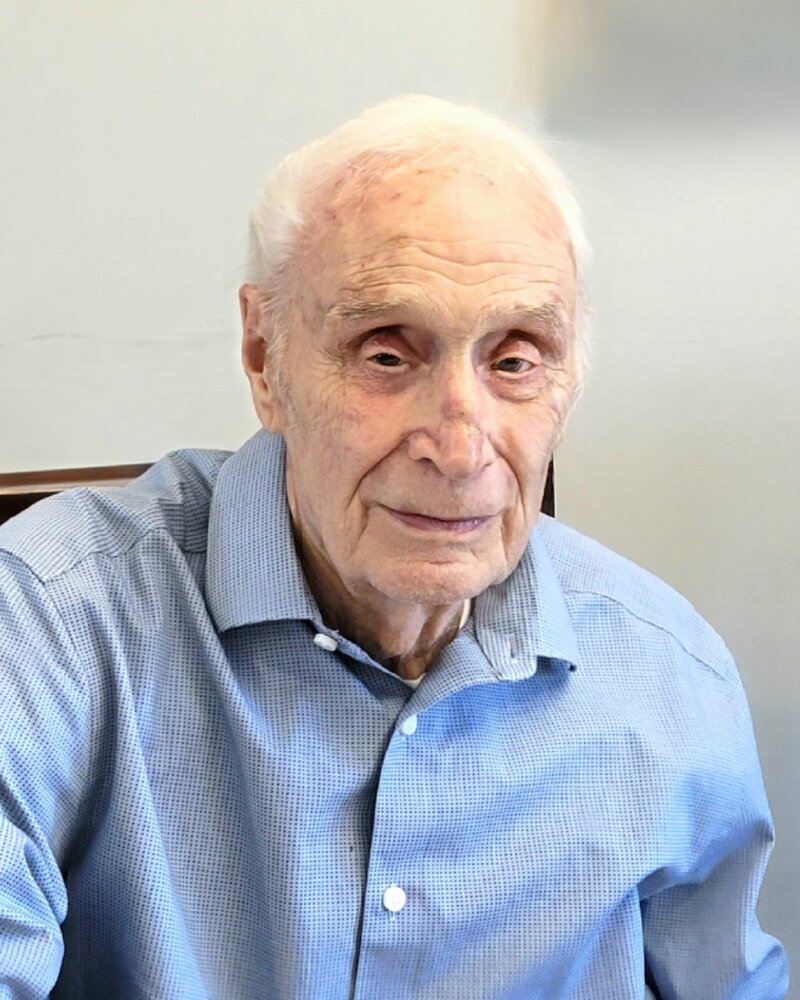 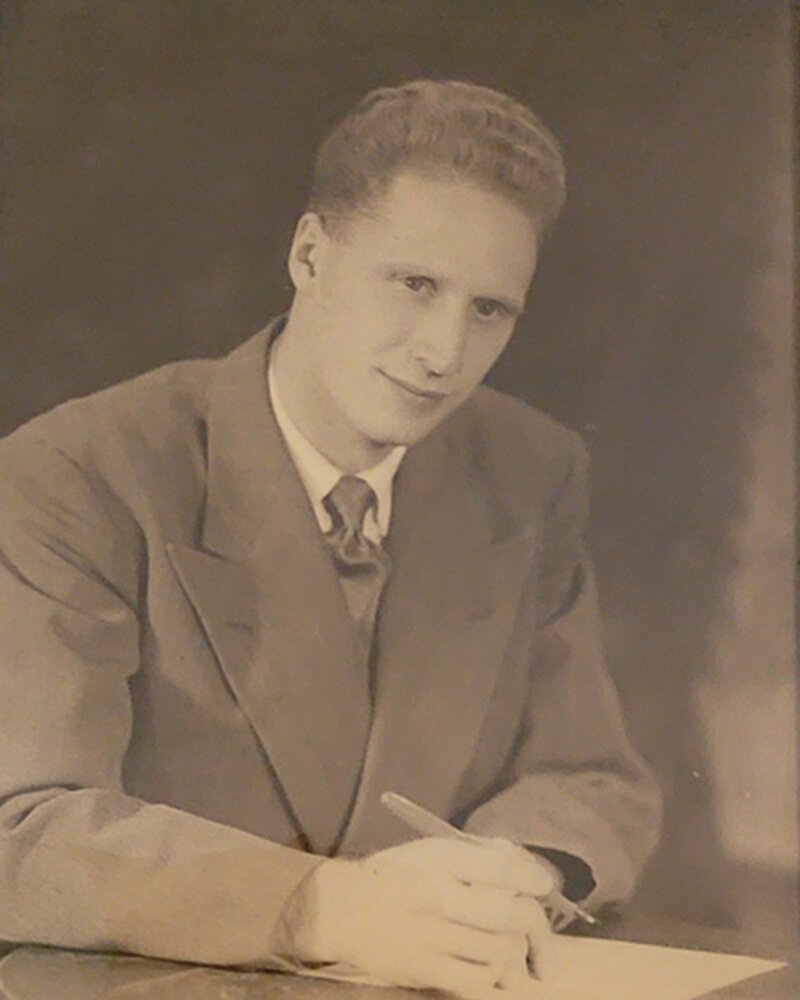 Please share a memory of Sam to include in a keepsake book for family and friends.
View Tribute Book

Our father, grandfather and friend Sam Smith of Prince Albert passed away peacefully at the hospital in Prince Albert on July 26, 2022. He was a man of strong faith and a loving family man. He is now joining his wife, Iris (deceased Feb 2021) whom they had 63 years of marriage together.

Sam was born in Freemont, Saskatchewan April 25, 1928 to Fred and Marguerite Smith. He was the youngest of 5 raised on the farm with his brother Wesley and sisters Judith, Paulene and Mary. Sam had many stories to tell about his adventures on the farm and pulling pranks on anyone he could. He attended Flat Lake School and then on to Briercrest High School and Caronport Bible School. His sister Mary was in the air force and listed her brother as a dependent to allow funds to be sent to allow him to attend boarding school. Money was tight when he was growing up, but his father was a skilled horseman and raised some of the best horses in the community which provided a better income than what just farming could provide. Sam had a love of horses from a young age and continued to work with horses sporadically for several years after he came to Prince Albert.

Sam was a roamer and a traveller. He worked on a variety of farms during his school breaks then found a variety of jobs throughout Saskatchewan, Alberta and British Columbia, whether it was farming related, painting, moving houses, working for the railway or selling sewing machines door to door. His travels eventually led him to Prince Albert. He loved telling the story of how he came to Prince Albert found a job and met the love of his life on his first day. Sam and Iris were married September 28, 1957. Loretta was born the following year and Kevin was born in 1961. He had a variety of jobs throughout his years in Prince Albert, first working at Mann Motors, then McLeods, NuTrend Furniture and the Electric Shop. Dad’s love of travelling eventually had him working for H.C Paul Ltd, selling a variety of products (chainsaws, boat motors, snowmobiles) to dealers throughout Saskatchewan. After he retired in 1993 he began working during the summers for John Deere Golf Equipment, again travelling throughout Saskatchewan. Although he travelled a lot, he was in charge of his schedule so he never missed a school function and even was a cub scout leader. Family time was always the most important to him.

Sam and Iris’s favorite time was with the grandchildren Sheldon and Charmaine Stevenson and later the great-grandchildren Madison (Devon), Macayle, Emily and Sam . They had the opportunity to be very involved with grandkids and often said it was like having another set of kids. The excitement of having great grandkids living so close was their greatest blessing.

Family holidays occurred every year with trips to BC or into the states. Mom and Dad travelled to Hawaii several times and also went to Bahamas, Spain, Mexico and Morocco.

In 1977 together with the brothers-in-law Frank Kukac and Merle George they built three cabins in a row at Candle Lake. Dad often stated that was his best purchase as it provided a place for family and friends to spend time together.

Sam was a very active man. He enjoyed the outdoors; camping, hunting, walking. He still water skied in his 70’s. He ziplined and rappelled for the first time in his 80’s. He played hockey as a young man and curled after he retired. He had many friends throughout the province and many close friends in Prince Albert. A special hug is being sent to Hazel, Bob, Evelyn, Braithe & Elaine and John and Shaunnah.

A special thanks is being sent to Floor 6 at the Victoria Hospital and to Good Shepherd Villas where dad spent the last 6 months.

To send flowers to the family or plant a tree in memory of Sam Smith, please visit Tribute Store
Tuesday
2
August

Look inside to read what others have shared
Family and friends are coming together online to create a special keepsake. Every memory left on the online obituary will be automatically included in this book.
View Tribute Book
Share Your Memory of
Sam
Upload Your Memory View All Memories
Be the first to upload a memory!
Share A Memory
Send Flowers