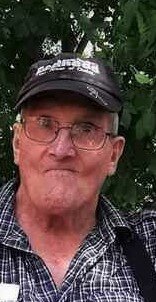 Please share a memory of Howard to include in a keepsake book for family and friends.
View Tribute Book

The family of Howard Smith is deeply saddened to announce his passing on July 27, 2022, at Lakewood Lodge Care Home in Big River SK.  Howard Lewis Smith born to Lewis and Evelyn Smith on January 24, 1943, at his grandmother’s house in Erinferry SK. He was the eldest of three children.

Howard grew up on a farm in the community of Lake Four.  He worked on the family farm but decided to venture out on his own.  He worked on the oil rigs, and at the Big River Sawmill until the farm needed his help and that is where he stayed and eventually took over the family farm.  He met his wife Brenda Rask from the Canwood area and they were married in 1968.  They had five daughters and one son.  Howard always enjoyed spending time with family.  One of his favorite pass times was driving around looking at the countryside and stopping in for coffee with family and friends.

He was predeceased by his parents Lewis and Evelyn Smith; his parents-in-law Swan and Ruth Rask; his daughter Arlene Bischler; his son Colin Smith; his brother-in-law Dick Bergen; his sisters-in-law Sally Hanson and Karen Kingsley.

Celebration of Life for Howard will be held on Wednesday August 3, 2022, at 2:00 PM at the Big River Community Center.  In lieu of flowers memorial donations in Howard’s memory may be directed to Lakewood Lodge Auxilliary (Box 846 Big River SK. S0J 0E0).

To send flowers to the family or plant a tree in memory of Howard Smith, please visit Tribute Store
Wednesday
3
August

Look inside to read what others have shared
Family and friends are coming together online to create a special keepsake. Every memory left on the online obituary will be automatically included in this book.
View Tribute Book
Share Your Memory of
Howard
Upload Your Memory View All Memories
Be the first to upload a memory!
Share A Memory
Send Flowers