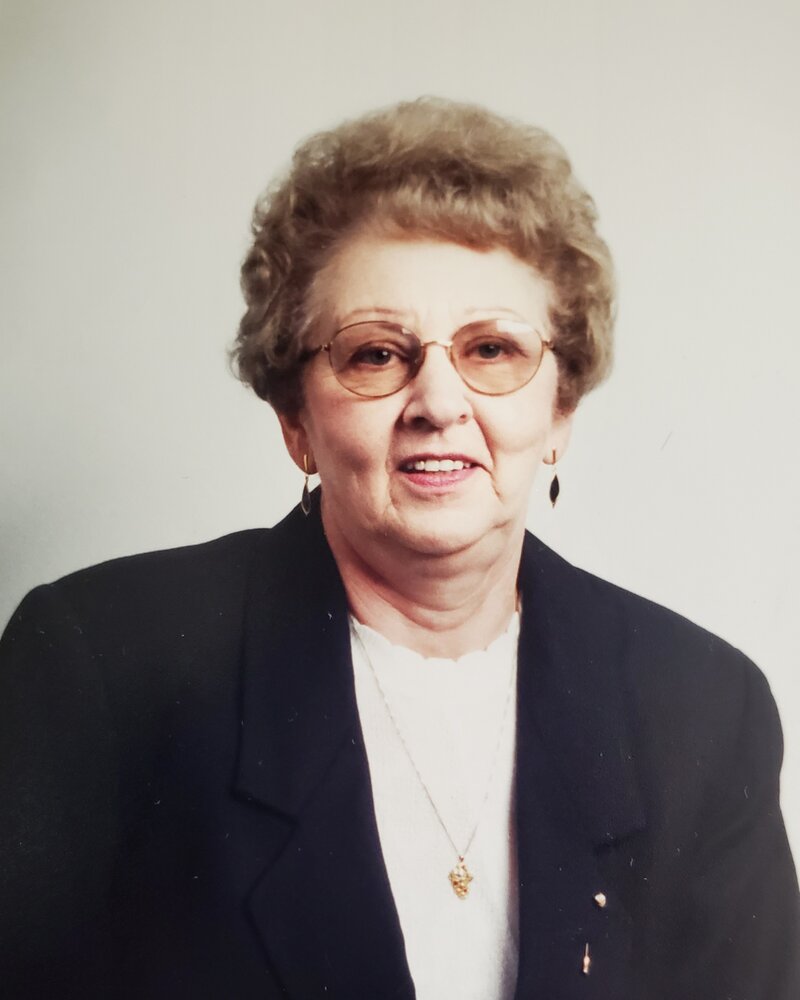 Dorothy Pauline Thiesen (nee Stewart) passed away August 5th, 2022 at the age of 86. She was a resident of Pineview Terrace in Prince Albert, Saskatchewan. She received the most loving care there from the staff, and the family wishes to say thank you for that. Everyone was so kind and welcoming there.

Our mother was born in Star City, Saskatchewan on a freezing cold night, January 3rd, 1936. She would tell the story of how it took three different teams of horses to pull the cutter the one mile to town. She was born at her auntie's house and weighed 12 pounds! She was the first of eight children that grew up on the family farm. She had a lot of responsibilities, being the eldest girl. She learned strong work ethics and many skills. She learned the importance of being self-reliant. She was always in motion, cleaning, cooking, gardening, canning, sewing, knitting, mending. She could build and fix. There was nothing that Mom would not attempt to do herself.

Mom got her grade 10 in a one room schoolhouse, and then went on to business college in Prince Albert. Her first job was in an insurance office back in Star City. She met our father Jack (Charles) Thiesen who lived on a farm down the highway near Valporaiso. He had gone to school to earn his journeyman mechanics. They married in 1955 and the two of them traveled out west as all the young people were doing in the booming 1950's. They landed in Port Alberni on Vancouver Island and they both got jobs right away. They had their two daughters, Paula and Connie, and built a new home and lived happily by the water in the beautiful mountains for ten years. There were many trips in old cars across the Rocky Mountains to visit their farm roots back home in Saskatchewan. Eventually Mom had enough of that living on an island and talked Dad into moving back. They ended up in Saskatoon in 1966. They bought a new home, both got good jobs, and another baby was born in 1971. This was Kelly, the brother and son that everyone was praying for! Our parents made another move in 1977 to live in Prince Albert. Mom became a stay-at-home mom for the first time and Dad worked at Cyken Equipment and later at Moker and Thompson. They had a cabin up at Emma Lake where they spent time in all the seasons. In 1984 they bought a resort business at Waskesiu in the Prince Albert National Park. The whole family worked together at the ice cream parlor called Fluff and Stuff and the laundromat. They were good years being at the lake together.

Dad died at the young age of 61 in 1993. Mom decided to move back to Saskatoon where she bought her dream home. It was our good fortune when Mom was re-acquainted with her childhood friend Elmer Bolen, from Melfort. They spent the next ten years together playing cards, a bit of traveling, and dancing at the polka festivals. Elmer brought some beautiful sunshine into our mom's life, and we were so happy about that.

When Mom's health began to decline in 2018, she eventually came to live here in Prince Albert where her daughter Paula, brother Ernie Stewart, brother Allen Stewart and sister Alice Anderson all live.

Mom was the very best role model that a family could have. She was a proper lady, a caring mother with a selfless, kind spirit. Mom loved to dance and play cards. She loved to pick berries and work in the garden and in the kitchen. She loved The Young and the Restless and cheering for the Blue Jays. She loved her family so much and we all loved her back. With all our hearts we grieve for her.

Share Your Memory of
Dorothy
Upload Your Memory View All Memories
Be the first to upload a memory!
Share A Memory