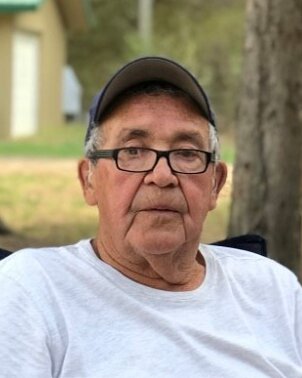 I was born December 3, 1940, to Roderick “Mac” MacAuley and Greta MacAuley (O Reel).  After my arrival 3 brothers came along, Doug, Marvin and Don, and cousin Angus “Gus” who was like a brother.

The first 24 years of my life was spent growing up in La Ronge, SK.  An incredible place to grow up, so many adventures and lifelong friendships forged.  My father was a commercial fisherman and the waters of La Ronge became my second home.

I met my bride in La Ronge, Lorraine Gouldhawke.  Her parents operated a restaurant in La Ronge.  When the price of meals started to drop, I knew I was on the right path.  When they were free, I popped the question, and we were married October 14th, 1961.  Shortly after her mom started charging for the meals, it was worth it.

Our first two children, Jason and Brian, were born in La Ronge.  Shortly after Brian’s arrival we moved to Prince Albert.  After a 6-month stint with Botkins Construction and another 6 months at the National Hotel. Yes the Nash, that’s where I met my good friend Ed Tash, nothing more needs to be disclosed, looking forward to seeing him again. Then I began my 30 year career at the Saskatchewan Penitentiary.

A few years into my career with Corrections, our daughter Michelle was born.  I was over the top.  I had no sisters and with 2 sons a baby girl was a beautiful surprise.  Many camping trips and family vacations over the years.  Annual trips to Fernie and Kelowna especially during the fruit harvest.  As much as I loved to garden and pick berries, it was also a necessity at times.  Our family was growing as we welcomed sisters Gail and Wendy into our home.  They would become our foster daughters.

I enjoyed all kinds of sports but none more than hockey.  I would often tell people I played with LA in the NHL, sort of true, LA being La Ronge Aviator Huskies and NHL being Northern Hockey League.  I would sometimes, not always, not tell the whole truth, it just depended on the story I was telling at the time!

I was a huge fan of the Raiders from the beginning in 1971, a season ticket holder starting in 1972.  I continued until my health interfered with attending on a regular basis a couple of years ago.

I especially enjoyed my coffee pals.  It was a big part of our social circle.  Whether it was A & W, Tim’s or McDonalds, I should have bought shares in all!!

Although I had been contemplating retirement, it wasn’t until the grandchildren arrived that I knew it was time.  Work was interfering with my enjoyment of their activities.  Dance, hockey, soccer, volleyball, swim club, we cruised many a highway through the province and western Canada.  Those were busy years and the best of times. We weren’t the only grandparents tagging along.  During this time, we also had a cabin at Candle Lake.  Can probably count on one hand the number of weekends over the years that it was just us and no grandchildren or family there.  We wouldn’t have wanted it any other way.  Such incredible memories.

As my health declined, I began to accept that I couldn’t continue to live in my home with Lorraine.  She was my rock.  I probably should have checked into Long Term Care 6 to 12 months prior.  I arrived at the Ritz Carlton, aka Pine View Care Home.  They were incredible.  The building, the staff, the food, all exceptional.  The care, compassion and sincerity, was over and above.  These are some of the hardest working people I have been around.  I soon caught onto the bus service.  I got to know each of my drivers.  Equally incredible humans just like the staff on the inside at Pine View.  The bus service allowed me to visit my home a few days a week.  Seeing my kids, grandchildren and great grandchildren was the best.  Also reuniting with my fur baby, Marley.  It also gave me a chance to reunite with my coffee crew on occasion.

As I leave this stage of life, I want to thank my wife Lorraine for her incredible support and comfort she has shown towards me.  She is an absolute gem.  My family and grandchildren, thank you.  Our coffee circles, thank you so much for your love and support.  And the Methodist Church, thank you for extending your reach and kindness to Lorraine when she needed it most.

Let’s wind this up, Lorne Adams from Beaulac Funeral is on his way to pick me up. God loved watching him play hockey – he should have been a Raider!

I leave on this stage, my bride of 61 years, Lorraine.  Son Jason (Dawn) & children Dawson (Cassidy), Mackenzie (Ben).  Son Brian (Darcie) and children Elizabeth (Gary) and her son Chase, David (Jessica) and their daughter Josephine. Ryan and Amy.  Daughter Michelle and her daughter Soleh and my foster daughters Gail and Wendy.  My brother-in-law, Garth (Debbie) and their children, my sisters-in-law Sharon, Clara and Joan.  Gus’ wife Pat and their children, Erin (Doug) and Neil (Kim Ann) and their daughter Alison. Numerous nieces, nephews, and cousins.

I will be joining my Mom and Dad along with my brothers and cousin Gus.  Its gonna be a party!  There will be Aunts, Uncles, in laws and cousins there too.

I am going to have a Private Interment with my family.

Share Your Memory of
Charles
Upload Your Memory View All Memories
Be the first to upload a memory!
Share A Memory