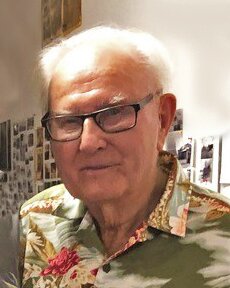 It is with broken hearts that the family of Harry Sass, late of Weirdale, SK, beloved husband of Elsie Sass, announce his passing on August 27, 2022, at the age of 93 years.

He left school at a very young age to farm with his father, who was not well.

Dad purchased his home quarter in the Weirdale area in 1955, and married Elsie Stanowich on October 28, 1956, where they raised their family.

Dad had a passion for hunting, fishing, curling and watching the Blue Jays and Rider games.  He enjoyed picking berries and being in the beautiful outdoors.  He helped many a neighbour in building construction and he loved playing cards and loved visiting with friends and neighbours.

Share Your Memory of
Harry
Upload Your Memory View All Memories
Be the first to upload a memory!
Share A Memory