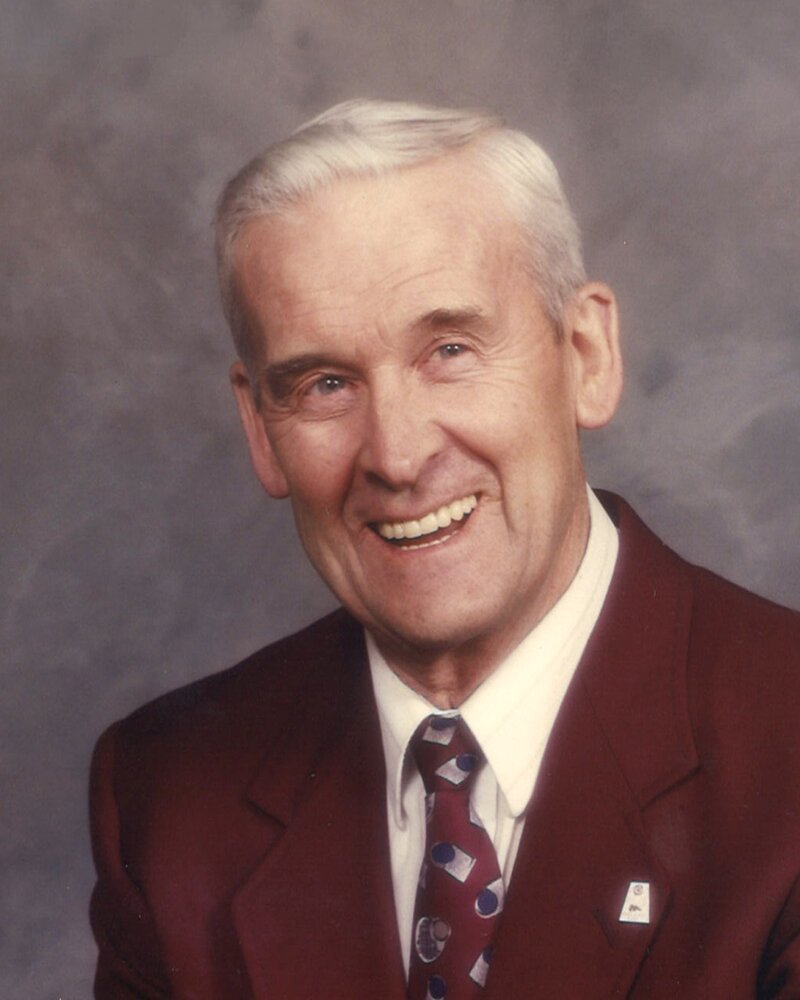 Please share a memory of William to include in a keepsake book for family and friends.
View Tribute Book

It is with heavy hearts that we announce the passing of our much loved William “Bill” Chester Richards on September 4, 2022.  He passed peacefully while in residence at Pineview Terrace at the age of 88.

Bill was born in Shellbrook, SK on April 19, 1934 to his parents Dorothy (nee Loth) and Ralph Richards. He was raised there with his only brother Con and lived close to their grandparents and cousins. Bill started early in the working world by trying his hand at auto mechanics, welding, being a policeman in the town of Shellbrook and learning the ropes of excavation. He settled in around the septic and well business complementing that by building custom equipment.  Around that time he found his love of cars and spent some time on the stock car racing circuit.

He met his wife, Evelyn, at a dance in February and married her by November 1959.  The dancing and music would be in their lives as their shared passion.  As they began their married life together in Prince Albert, they soon got their plot of land on the Shellbrook highway and stayed long term. They raised two daughters (Landa and Darnella) and created a great social base.  They were active as square dancers and building the community through newsletters and events.  Bill took on the role of Councillor for the RM of Buckland.

Bill wanted to expand his business (or maybe just get the family involved) so he developed a travelling amusement ride company called “Buckland Bill’s World of Thrills”.  There was a flying saucer ride, Ferris wheel, train ride, concession stands and even had a roulette wheel for Granny to run. After a few summer tours, the girls acquired many new friends for those early grades.  Then the local activities around snowmobiling and waterskiing filled their family calendars.

Not happy just having his growing septic business, Bill set out with the neighbours to create one of Canada's first volunteer firefighting organizations.  He was the designer/builder of the first units and dedicated much to the new venture.  The Buckland volunteer fire department continues to be a hallmark of the RM.

More extracurricular activities got him on the path of building and flying ultralight airplanes.  Along with a few neighbours, who shared his interest, they created a hangar to fly from and hangout in.   On a regular basis, Bill and his wife would travel down to Oshkosh, Wisconsin for the Experimental Aircraft Show.

They built a new house on their Shellbrook highway property and kept on expanding with all of Bill’s pursuits.  Along the way, he attempted to retire and created 3 businesses for others (tool rental shop, septic cleaning, and farm septic installation), but kept working on his projects.  He enjoyed helping others be successful as entrepreneurs and supported their paths.

He continued tinkering on things by creating new vehicles -- like a truck with 2 fronts and a remodeled 1932 Ford into a delivery truck called the coffee wagon.   He was always wheeling, dealing, or trading. He often said that everything is for sale at the right price!

He definitely was a serial entrepreneur and was always creating things — fearlessly. He had a great sense of humour, salty language, however traits like loyalty and dedication formed his foundation.

His social side never diminished and he continued to have a daily presence at his local neighbourhood businesses offering advice and chatting over coffee.  Evelyn and Bill were forever socializing on coffee row in PA and busy helping or entertaining neighbours.  Their house had a constant dropping in of the locals.

Bill is survived by his daughters, Landa Richards and Darnella (Morris) Petruniak; and sister-in-law Isabel Richards.

He was predeceased by his wife, Evelyn Richards; his mother, Dorothy Beattie; his brother, Con Richards; and his sister-in-law, Fran Aiken.

Funeral Services will be held at 2:00 p.m. on Friday, September 9, 2022 at Calvary United Church, 117 - 25 Street East, Prince Albert, SK with the graveside ceremony and interment at the Spruce Home Cemetery.

Friends and family of Bill may send online condolences by visiting www.beaulacfuneralhome.com.

To send flowers to the family or plant a tree in memory of William Richards, please visit Tribute Store
Friday
9
September

Look inside to read what others have shared
Family and friends are coming together online to create a special keepsake. Every memory left on the online obituary will be automatically included in this book.
View Tribute Book
Share Your Memory of
William
Upload Your Memory View All Memories
Be the first to upload a memory!
Share A Memory
Send Flowers