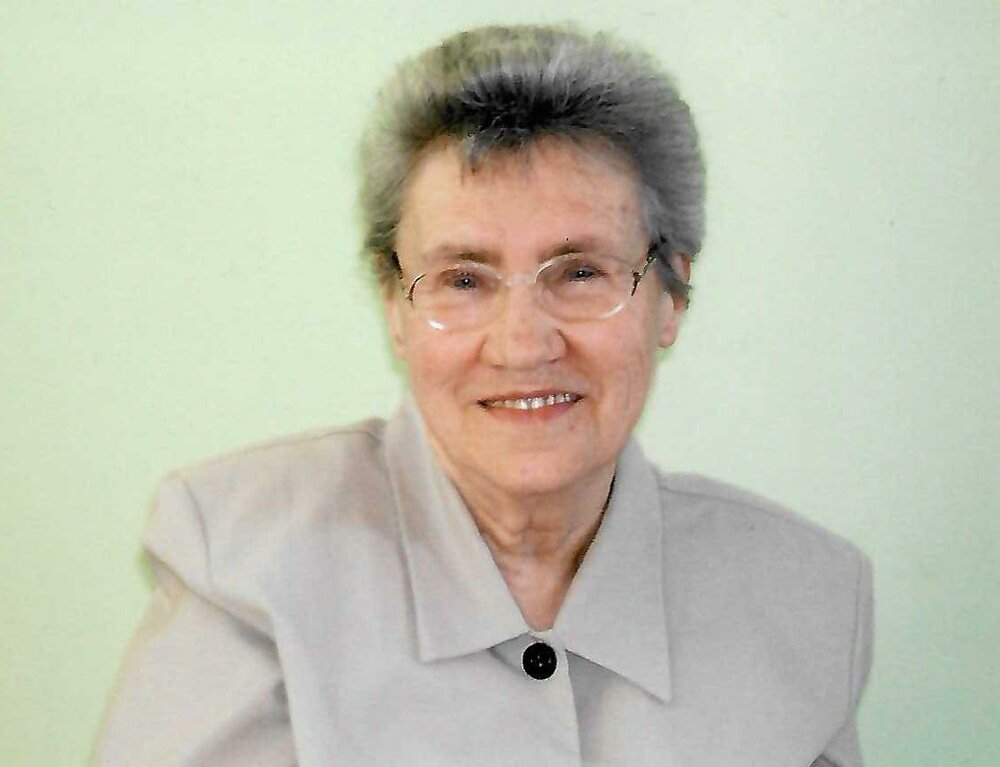 Please share a memory of Mary to include in a keepsake book for family and friends.
View Tribute Book

Our mother, Mary Giesbrecht was born on November 1st, 1935, to Peter and Maria Ewert on a farm near Langham, SK. She lived close to her grandparents until the age of five when her parents purchased another farm eight miles NW from there. Here she spent her growing up years together with her parents and brother Alvin. She took nine years of her schooling at a country school and the other three grades by correspondence. She accepted the Lord as her Savior at the age of thirteen and five years later was baptized and became a member of the Langham Zoar Mennonite Church.

On July 27th,1963 mom married dad, Jacob Giesbrecht. Moved to the farm at lake Four, near Big River where they were able to share almost 18 years together. She became a member of the Bethel Mennonite Mission Church. Dad passed away on June 16th, 1982. We remained on the farm for another 4 years, but even after we moved off the farm she would spend time at the farmhouse in the summer, put in a small garden, cut grass and visit the neighbors. Her neighbors were special to her. Mom enjoyed her retirement years in Shellbrook. She took part in the Parkside Seniors, the Horticulture Group, and bowling in Canwood. She also attended a bible study group. Trusting in her Savior and church attendance was a vital part of her life. She always looked forward to spring when she could put in a large garden and later share vegetables with others.

There was a Funeral Service held for Mary on Saturday, October 1, 2022, at the Shellbrook Pentecostal Assembly with Pastor Dave Bodvarson as officiant. Mary was laid to rest in the Lake Four Cemetery beside her husband Jacob. Special music was shared by Elaine & Robert Heinbigner, Al Dion read a scripture reading, and Mackenzie read the eulogy. The pallbearers were Ryan Bergen, Darren Davidson, Edwin Davidson, Jason Rempel, Jonathan Epp, and Kyle Miners.

In lieu of tributes, memorial donations may be made in memory of Mary to the Lake Four Cemetery. Family and friends wishing to send online condolences are welcome to visit www.beaulacfuneralhome.com Arrangements have been entrusted to the care of Beau “Lac” Funeral Home & Crematorium, Tammy Smart, Funeral Director, Shellbrook, SK. 306-747-2828.

To send flowers to the family or plant a tree in memory of Mary Giesbrecht, please visit Tribute Store
Saturday
1
October

Look inside to read what others have shared
Family and friends are coming together online to create a special keepsake. Every memory left on the online obituary will be automatically included in this book.
View Tribute Book
Share Your Memory of
Mary
Upload Your Memory View All Memories
Be the first to upload a memory!
Share A Memory
Send Flowers