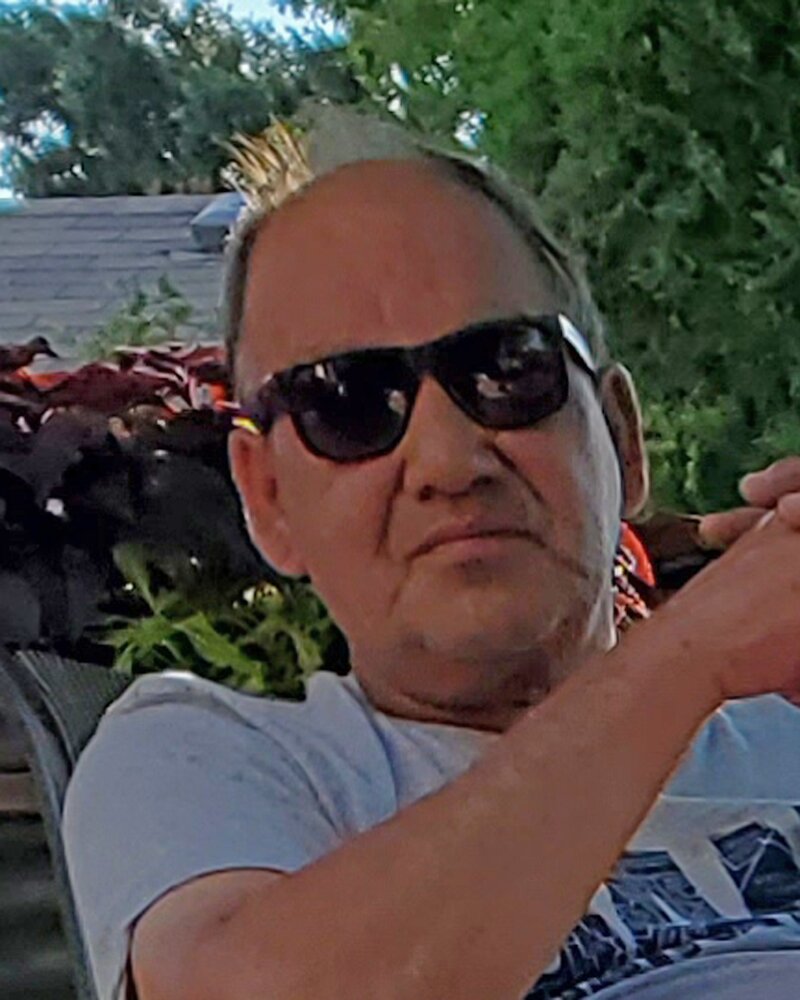 Please share a memory of Kelly to include in a keepsake book for family and friends.
View Tribute Book

It is with deep regret and sadness that our family announces the sudden passing of Kelly Romanchuk at the age of 61.

Kelly was born in Prince Albert at the Holy Family Hospital to William (Bill) and Cecile Romanchuk on June 4, 1961.

He was the first born of six children.  Kelly grew up and attended school in Prince Albert and Meath Park surrounded by siblings, cousins, and friends.

Kelly left school to begin his career in the forestry industry at the age of 15.  He moved to Big River where he spent five years operating equipment in the forest.   Following that Kelly returned to Prince Albert to work alongside his dad, uncles, and brothers at Aallcann Wood Suppliers.

Kelly was known as an exceptionally skilled equipment operator.  From feller-bunchers to loaders he could run them all.  He spent many years loading trucks throughout the forests of northern Saskatchewan for Aallcann Wood Suppliers, delivering logs to the Prince Albert Pulp Mill.  No one could load or unload a truck faster.  Kelly eventually moved to Aallcann’s yard to work in the treating plant, where he worked until his passing.  For thirty years, he treated fence posts, loaded thousands of trucks with finished product, and kept the yard well organized according to his exacting standards.  At work, he was known for his leadership skills, his knowledge, quick wit, and wry sense of humor always getting a smile out of co-workers.  Kelly will be forever missed at the Aallcann yard.

Kelly wasn’t just all work and no play.  He loved a good party.

Kelly had a great sense of humor, was known for speaking his mind, and was stubborn up to the end.  Kelly had an irreverent (cheeky, rude) sense of humor, a positive attitude, and a generous and caring spirit.

Kelly enjoyed watching his favorite sports teams, reading tabloid magazines, eating potato chips, and cooking holiday meals.  But most of all, he loved his family and friends and the memories that he made with them.  Kelly loved to host a party; he was always happy to entertain family and friends.  He was always there to brighten the lives of others.  And of course, all who knew Kelly knew of his love for dogs.  He enjoyed the company of many furry friends over the years.

Kelly will be lovingly remembered and sadly missed by:

Kelly was predeceased by:

grandparents, Dan and Leda Gaudry, and Peter and Mary Romanchuk;

Special thanks to the doctors and the staff in the ICU at Victoria Hospital for their kind and compassionate care and to Father Mike for his prayers and support.

Gathering will be held to celebrate Kelly’s life at St. Michaels Parish, 1505 13th Street West Prince Albert, SK  on Friday, October 14, 2022, at 2:00pm. In lieu of flowers, donations in Kelly’s memory, can be made to the Canadian Cancer Society, SPCA or charity of your choice.

To send flowers to the family or plant a tree in memory of Kelly Romanchuk, please visit Tribute Store
Friday
14
October

Look inside to read what others have shared
Family and friends are coming together online to create a special keepsake. Every memory left on the online obituary will be automatically included in this book.
View Tribute Book
Share Your Memory of
Kelly
Upload Your Memory View All Memories
Be the first to upload a memory!
Share A Memory
Send Flowers