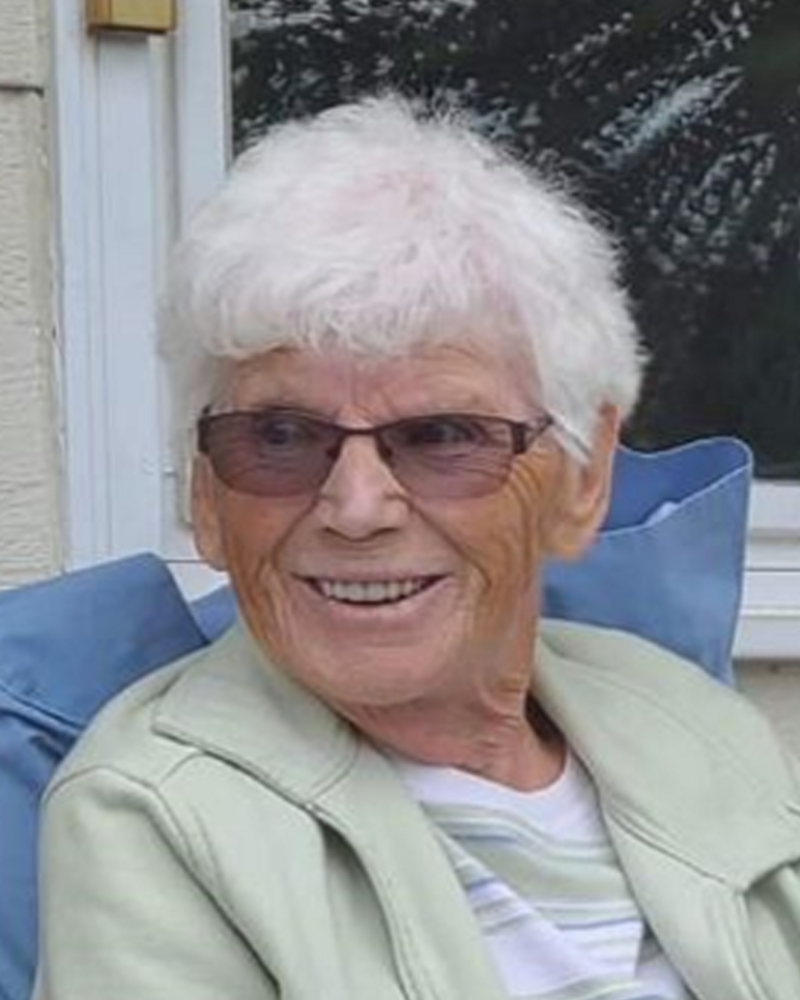 Please share a memory of Brenda to include in a keepsake book for family and friends.
View Tribute Book

The family of Brenda Margaret Bereziak are saddened to announce her passing on October 9, 2022 at the Victoria Union Hospital at the age of 80 yrs.

Brenda Margaret Bereziak (nee Reid) was born in Melfort August 22, 1942 to Irene and Robert Reid, the 2nd of two children.  Her Father Robert Leslie Reid was killed in action during the Second World War. Her stepfather James Killer joined the family after and together they were again a family of four.

Mom took her schooling in Melfort but after her grade 10 year felt called to Saskatoon and went to live with relatives the Tenants and help with looking after their young family.

Mom then ventured on to Prince Albert where she enrolled and completed a business college course. Mom and Dad met in 1962. They were married July 11, 1964 and bought a house in which they resided in for their 58 years of marriage. They welcomed 3 daughters into the family: Connie in 1965, Cathy in 1969 and Donna in 1971.

Through the years Mom worked at Thorpe Brothers Plumbing and Heating, retiring from there when she was 60 to enjoy spending time at home with Dad. She had many flowers and impressive gardens to tend to throughout the years. She was also an amazing cook and baker and loved to gift pies and perogies. Which also then meant she could visit as any shopping trip with Mom was always longer than planned because she always ran into someone she knew or struck up a conversation with a complete stranger.

The early years were spent at Candle Lake camping in the trailer or playing cards with friends and neighbors.

Mom was predeceased by her father Robert, mother Irene, stepfather James Killer, and her brother Laurence; many sisters-in-law, brothers-in-law, aunts and uncles.

She is survived by her loving husband of 58 years Nick; her daughters Connie Bereziak Richard (Reg Richard), Cathy (Cory) Kitagawa and their children Brynn Klassen, Brett, and Lowen Kitagawa, and Donna Bereziak; her sister-in-law Marilyn Reid; and nieces Kelly Reid-Ward and Allyson Skagos .

In lieu of flowers donations may be sent to the charity they supported over the years, The Heart & Stroke Foundation Saskatchewan Branch,  100-119 14th Street NW, Calgary, AB, T2N 1Z6

To send flowers to the family or plant a tree in memory of Brenda Bereziak, please visit Tribute Store
Friday
14
October

Look inside to read what others have shared
Family and friends are coming together online to create a special keepsake. Every memory left on the online obituary will be automatically included in this book.
View Tribute Book
Share Your Memory of
Brenda
Upload Your Memory View All Memories
Be the first to upload a memory!
Share A Memory
Send Flowers