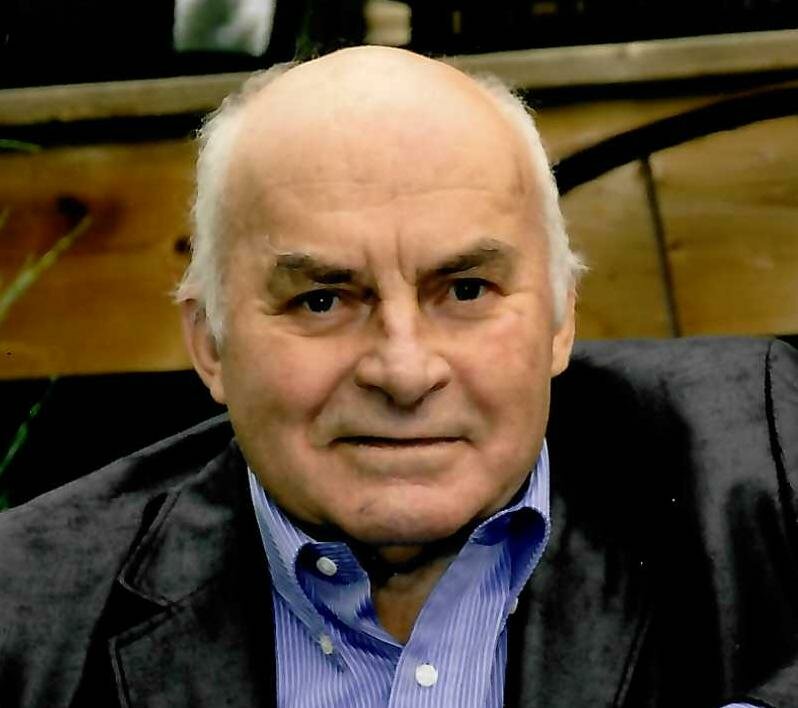 Please share a memory of John to include in a keepsake book for family and friends.
View Tribute Book

John "Jack" Gordon Donohue late of Leask, SK passed away on Friday, October 21, 2022, in Shellbrook, SK. surrounded by his family.

The year was 1936, North America experienced the greatest heatwave on record, followed by the coldest winter. Leask was a boom town. Andrew and Clara Donohue were expecting their second child. John Gordon was born September 2, 1936. He would be known as “Jack” to his family and friends.

Jack attended Bramshott School. His job was to go early to start the fire in the schoolhouse and Clint and Robert Ranger would bring the water. He attended Bramshott up to grade 10, played hockey and as an adult became active in the community.

Dad was a very community minded person. He helped put the rafters in the first rink. Helped fundraise and build the new rink, Lions hall and Wheatland Lodge. He was proud to do all these things with the other community minded people. The people he worked with on these projects became lifelong friends. The stories they could tell

Dad vividly remembered helping his dad hook up the implements to the horses. When Jack’s dad bought his first tractor in 1946 Andy Dale and Jack were all so proud.  Jack started working the farm in 1952 until his retirement in 2006.

In the 1956 dad started dating mom and they were married in 1958. By 1960 they started their family.  In 1965 they moved to the Donohue homestead. The farm expanded to livestock as well as grain.

In all Jack’s years community involvement, Jack always worked as a team which also included the spouses. He was never personally boastful of the accomplishments; he knew it took the efforts of many. If it helped the community, he was there.

Some of the things Jack helped accomplish were lobbing to get telephone for some of the people west of town back in the 60s.

Jack was a pasture patron for many years and was a on the pasture committee board for a long time. Emerald Lake Park Board, Trustees for Blaine Lake school division, Leask History book. He was on the board of directors for Wheatland Lodge He helped put up the first Ice rink in town then helped build the existing skating and curling rink we have today.

They worked bingos, turkey shoots, sports days, getting the sports grounds ready for tournaments, working the lunch counter at the rink with other couples.

If these very walls could talk or the ones at the rink, the stories they would tell of the “behind the scenes” drinks, laughs and jokes played on each other while volunteering. They didn’t see volunteering as a burden or a duty, it was their fellowship. These fellow volunteers have been their extended family forever.

Jack was very humbled in 1993 to be awarded the Melvin Bittner Sportsman of the year award. He was honoured to add his name to this award with the many other people he worked so closely with to improve the infrastructure of buildings for Leask

If I may close by humbly sharing a msg sent to the family after Jack’s passing. I think it speaks to what most of us have experienced by knowing Jack.

it reads “The community as a whole has lost a very important person. We are all grieving with the family.

One of many people who gave so generously of his time and talents. He was a great example for all of us!”

In lieu of tributes, memorial donations may be made in memory of Jack to the Shellbrook & Districts Health Services Foundation, Long Term Care (Box 33 Shellbrook, SK S0J 2E0).

Arrangements have been entrusted to the care of Beau “Lac” Funeral Home and Crematorium, Lori Saam Funeral Director, Shellbrook, SK 306-747-2828.

Share Your Memory of
John
Upload Your Memory View All Memories
Be the first to upload a memory!
Share A Memory