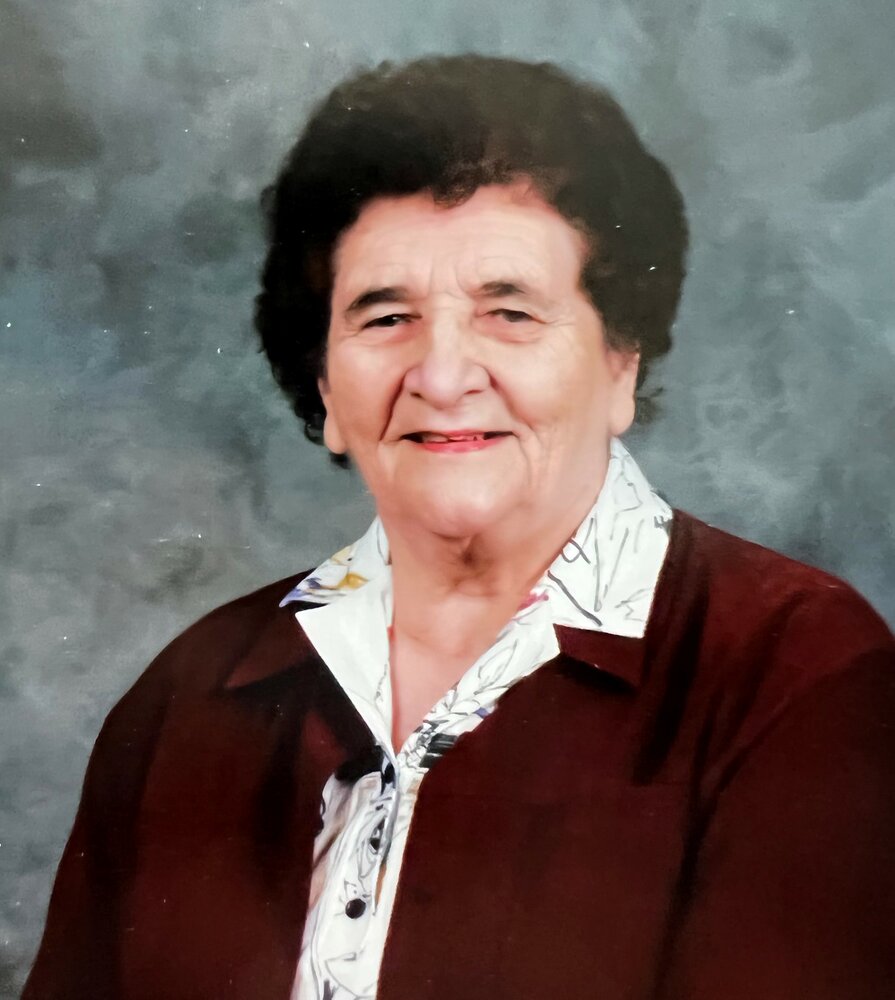 Please share a memory of Jessie to include in a keepsake book for family and friends.
View Tribute Book

Jessie Nicol Thorburn was the youngest of 9 children born to Mungo Walter and Nora (Nee Macleod) Thorburn. Walter was an accountant turned farmer, and Nora loved singing and looking after her large family. Jessie had a sister Katie that passed of TB at age 16 in 1922.  Jessie was born in September of 1926.  She was 11 years old when her 16-year-old brother Bruce passed of influenza in 1937.  She was also predeceased by her 3 remaining brothers:

Jessie maintained relationships with all of her siblings, either writing letters, sending Christmas or birthday cards or making time to phone or visit.

She attended Parkview school for grades 1-10, Shellbrook for 11-12 and attended Normal school in 1946-47.  Jessie taught in rural schools in the Canwood and Shellbrook area.  Her first school had 36 students from grades 1-10.

In her youth,  Jessie loved riding horses and going fast, and if she happened to fall off, she would jump back on.

Jessie married William (Bill) Hanchar whom she described as a musician and a farmer, at age 27 in 1953 and enjoyed married life.  They had a small farm in Hawkeye, near Mont Nebo? Where they raised registered Jersey cows.  They played music together in the Happy Wanderers band, Bill the violin/ accordion and Jessie the guitar.   In their early married days Bill and Jessie bought a deep freeze but didn't have much money left to put anything in it, so they got a large chunk of bologna so it wouldn't be empty!  In 1962 Jessie got a teaching position in Mont Nebo.   Jessie and Bill were unable to have children and after sustaining burns in a tragic house fire, Bill passed away in January 1971.   A widow at 44,  Jessie chose to move to Shellbrook in June of 1971, obtaining a teaching position with Parkland School Division where she now taught grade 3.  She would read aloud from books like Old Yeller, and Island of the Blue Dolphins.   She had Nick Bilyk build her a house that she moved into in 1975 and that she lived in until her passing.  After years of summer school, Jessie proudly received her Bachelor of Education degree from the University of Saskatchewan in 1975.

Mrs. Hanchar was a schoolteacher for 37 years.  She taught grade 3 at Shellbrook elementary until her retirement in June of 1984.   She continued to purchase yearbooks until her final grade 3 class graduated!    Jessie had an active retirement, she volunteered for her community, at the nursing home/hospital and singing in the Anglican Church choir.  She helped organize the Parkview History book.   She was a practical lady who did not want recognition or thanks.   She enjoyed volunteering and felt the money on a thank you card and stamp would be better used on clients or for programming.  She had a full social calendar, was always on the go and still playing guitar with the Happy Wanderers.  Jessie was a fan of Blue Jays baseball.   Jessie also enjoyed many bus trips to various US and Canadian destinations, often to enjoy country or gospel music or a bit of gambling . Alcatraz,  Pigeon Forge, Dollywood, Loretta Lynn's home, are a few of the places she visited.  Jessie remained active in her community/church.

Jessie had a deep religious faith and carried a well loved bible in her purse.  Jessie was baptized at St. Andrew's Anglican church and today her funeral is here.  Jessie was not one to brag or complain, she enjoyed a good laugh and often had a twinkle in her eye.  She passed peacefully on November 3, 2022 in her home in Shellbrook at the age of 96.

Arrangements have been entrusted to the care of Beau “Lac” Funeral Home and Crematorium, Tammy Smart - Funeral Director, Shellbrook, SK 306-747-2828.

To send flowers to the family or plant a tree in memory of Jessie Hanchar, please visit Tribute Store
Saturday
26
November

Look inside to read what others have shared
Family and friends are coming together online to create a special keepsake. Every memory left on the online obituary will be automatically included in this book.
View Tribute Book
Share Your Memory of
Jessie
Upload Your Memory View All Memories
Be the first to upload a memory!
Share A Memory
Send Flowers