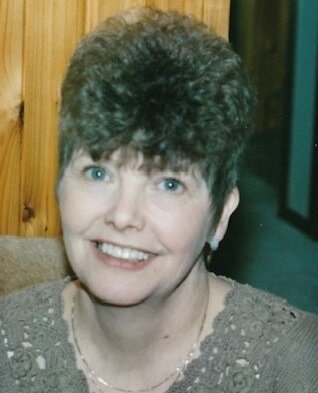 Please share a memory of Shirley to include in a keepsake book for family and friends.
View Tribute Book

It is with great sadness that the family of Shirley Ann Fiske announces her passing on November 15th, 2022 with her family by her side.

Shirley was born on January 1, 1944 at Maple Creek, SK to John & Alice Sawatsky, the oldest of 3 children. She lived her early years at Herbert until the family moved to Elbow, SK in 1952 where her father was a grain buyer for the Saskatchewan Wheat Pool.  At the age of 17, Mom moved to Calgary to live with her aunt for a year before moving to Saskatoon to work for the next 3 years.  Mom was tenacious from a young age; she was determined and strong-minded, never one to back down from a challenge but also very compassionate, caring and kind to everyone that she met.  This spirit served Mom well on all the adventures that her and Dad embarked on over their life journey together.

Shirley married her high school sweetheart, Ronald Fiske on August 4, 1962 and they spent over 60 years fostering their deep love for each other, demonstrating the value of being each other’s best friend and that a lifelong commitment is possible.  Together they raised 2 boys, Gerry (Rhonda) and Kelly (Ann Calladine).  She was grandmother & great grandmother to Brody (Courtney) & their children Easton & Bennett, Riley (Nicole Thorpe), Logan, Bryce (Katlyn Rheaume), Braeden (Narrissa Zubko), Taylor (Kenzie Arnold), Brandt (Hannah Koroll), Kiara & Alayna Calladine.  Family defined Mom’s life and took priority over all else.  Her greatest achievements were her children, grandchildren and great grandchildren.

After spending the early years of their marriage at the E.B Campbell dam and Earl Grey, Dad & Mom moved to La Ronge in the spring of 1967 and were proud to make the North their home for over 55 years.  They quickly developed a love of the land, the people, the amazing friendships that they made as well as the rich activities that the area had to offer.  They spent many years together on the lake at the family cabin and shared that passion for the lake and fishing with their children and grandchildren.  Dad continued to take Mom out to the cabin until it was no longer possible.

Mom had a natural way with people, always ready with a smile, time for a visit or an offer of help to those around her.  She was not one to miss out on a good party whether hosting or attending and most involved her and Dad’s love of dancing, rarely leaving the dance floor.  Her favorite spot was “her deck” at the cabin and she loved nothing more than to have friends stop and spend the afternoon visiting and sharing her special spot.

Mom’s career was centered on providing customer service, a natural fit for her love of people, being involved and a desire to help others.  Her work life began in a restaurant in Elbow in her teens, then the ladies department at Aidelman’s Department Store in Saskatoon (where she developed her love of clothing, classy dressing and her trademark high heels), the La Ronge Motor Inn where she was the den mother to many young ladies in their first job and the La Ronge Drug Store.   Upon completing the Clerk Typist II course at the community college in La Ronge in 1978, she began her career at the Department of Natural Resources in La Ronge where she was the office “mom” for 23 years until she retired in 2000.  Upon retirement she spent her time with her grandchildren, having them nearby and attending their sporting activities.  Mom also walked countless kilometers a day around La Ronge to keep fit and active.  She truly must have known every square inch of the town’s sidewalks.  Mom was an active volunteer in the community over the years joining the Kinettes when she first moved to La Ronge, later the Royal Purple, all her boy’s activities and then with the La Ronge Ice Wolves Booster Club from the team’s inception until she could no longer do so.

Our family would like to express our heartfelt appreciation to all the caregivers at Nikinan Long Term Care that were a huge part of Mom’s journey over the last four years.  Without your compassion, friendship, willingness to become her extended family, and your support for Ron, Mom’s quality of life would not have been as rich nor as comfortable as it was.

A Celebration of Shirley’s Life will be held on Saturday December 3, 2022 at 2:00 p.m. at the La Ronge Alliance Church.  A tea will be held in the hall following the celebration.

Share Your Memory of
Shirley
Upload Your Memory View All Memories
Be the first to upload a memory!
Share A Memory