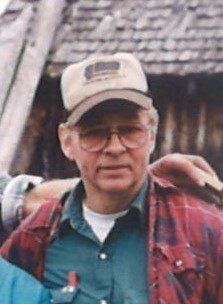 Please share a memory of William to include in a keepsake book for family and friends.
View Tribute Book

Bill was born May 18th, 1946, the fourth child of Mable and Charles Herdman.  He is predeceased by his parents and siblings: Hilma Sinclair, Robert Herdman and Anne Herdman.

Throughout his life he worked at different jobs around Saskatchewan and northern Canada.  He worked in construction (building roads), furniture construction and also earned his plumbing certificate.  In later years he took up knife making, some he sold and some he gifted to special people in his life.

Bill’s greatest joy was spending time with the kids. He retired in Christopher Lake and resided there until his passing.

A family service will be held at a later date.  Arrangements have been entrusted to the care of Beau “Lac” Funeral Home and Crematorium , Marianne Turcotte, Funeral Director, Prince Albert, SK 306-763-3322.