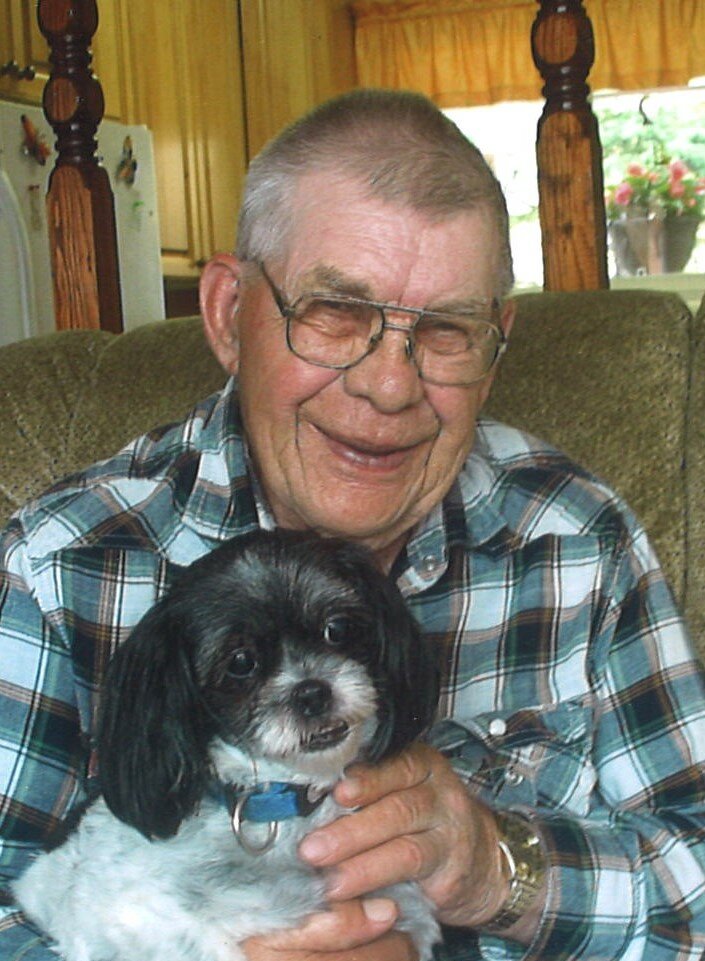 Please share a memory of Otto to include in a keepsake book for family and friends.
View Tribute Book

It is with deep sadness that the family of Otto Donald Fonos announce his passing on December 10, 2022, at The Big River Health Centre at the age of 89.  Otto was born August 5, 1933, the eldest son of Ivar and Mary Fonos of Big River.  In his early years he helped his dad both on the farm and with his Dad’s logging business, he also worked in Churchill Manitoba Stevedoring on the ships.  In 1955 Otto married Edith Roth in Big River, SK.  Shortly after they moved to Prince George, B.C. where Brenda and Eugene were born.  A few years later they moved to Calgary where Kim was born.  In 1965 they went their separate ways.  Otto had many different careers over the years, working in sawmills, driving semi-trucks, working on a pig farm, and owning his own taxicab business.  His last venture was owning Bonnie’s Kennels where he and his partner Ada Kirkland lived in Glenbush, SK, they worked for 15 years breeding and selling small dogs like; Chihuahuas, Pomeranians, Shih tzus and Bichons.  He travelled to Edmonton, Calgary, Saskatoon, and Regina selling these puppies.  He moved back to his hometown of Big River in 2012, where he enjoyed going to the Senior’s Center to play cribbage and reminisce with old friends and family.  In May of 2020 he went into the Big River Health Centre, the highlight of his stay there was this past August when his daughter Brenda from Kamloops B.C. was able to surprise him for his 89th birthday.  Otto was a great singer and played the harmonica, I know that the staff at The Care Home have heard him singing, especially his favorite “One Day at a Time Sweet Jesus”

A special thank you to the Doctor, Administration staff, Nurses and everyone that worked at the Big River Care Home.  Otto was very happy there and appreciated the care he received.  Graveside Service will be held at The Big River Cemetery on July 21, 2023 at 1:00 p.m.  Celebration of Life will follow at The Legion Hall, Big River, SK, family, and friends are welcome.  Family and friends wishing to send online condolences are welcome to visit www.beaulacfuneralhome.com.  Arrangements have been entrusted to the care of Beau “Lac” Funeral Home and Crematorium, Marianne Turcotte, Funeral Director, Prince Albert, SK 306-763-3322.

Share Your Memory of
Otto
Upload Your Memory View All Memories
Be the first to upload a memory!
Share A Memory