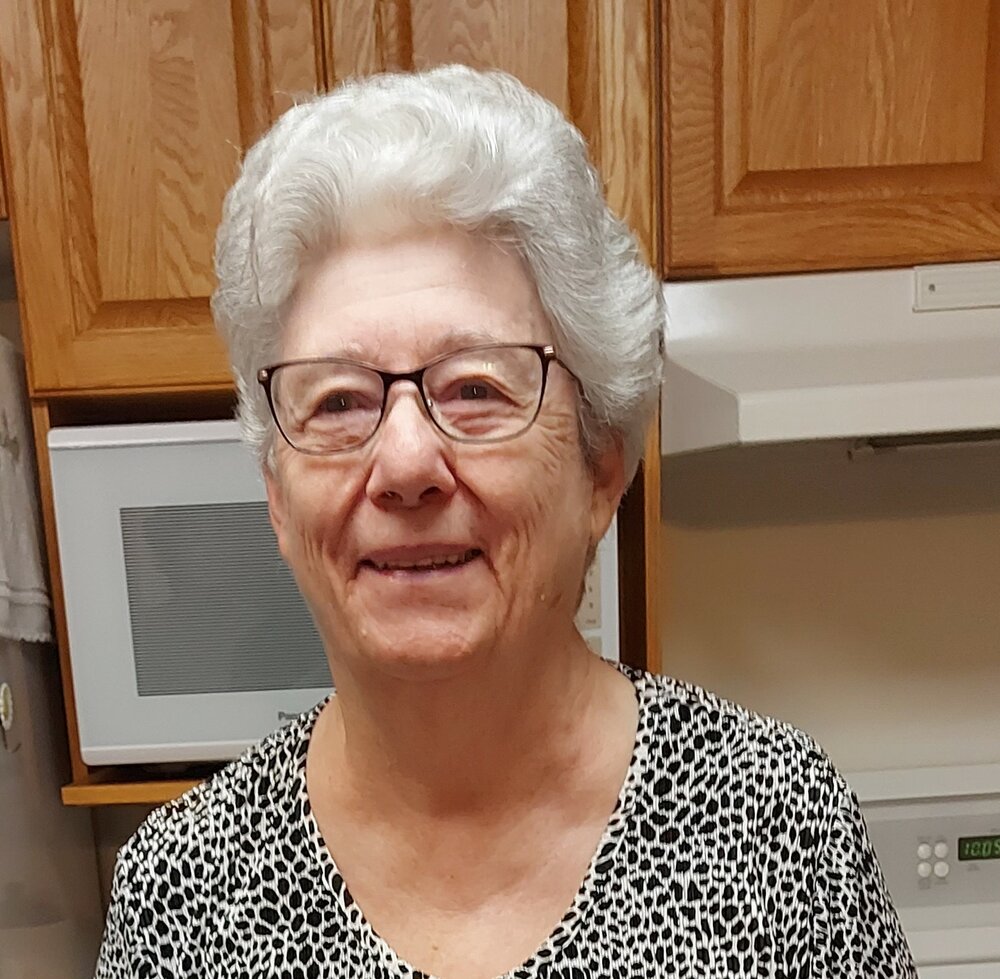 Please share a memory of Leontine to include in a keepsake book for family and friends.
View Tribute Book

In loving memory of Leontine Marie Billinger (nee:Chretien) who was born October 29, 1940, in the Park Valley, SK district and passed away December 10, 2022, in Prince Albert at the age of 82.

She was predeceased by her parents Ernestine and Edouard Chretien; her siblings as infants: Angele, Gerard, and Gerald, as well as brother-in-laws Frank Payot and Lawrence Impey.

Leona moved to Big River to work at the hospital in 1959. She met Fred through a mutual friend and they were married in Debden on November 18,1964. Leona and Fred raised their three children on the family farm where she lived until her passing.

Leona was actively involved in the family dairy farm and planted a large garden every year. She had a green thumb and grew many types of flowers, but her favorite was roses. Cooking was another of her talents making delicious meals that everyone enjoyed. Family was very important and Leona kept in very close contact with all her brothers and sisters. Her faith was a constant part of her life whether it was attending church every Sunday or saying grace before meals.

During retirement, Leona took several trips to locations like Montreal, Germany, Hawaii, and North Dakota. She enjoyed many hours on the pontoon boat floating up and down Cowan Lake. Leona and Fred also regularly traveled to Melville to visit the grandchildren, as well as taking weekend excursions to various sites around Saskatchewan with Valerie and Gord.

A funeral mass was held on Thursday, December 15 at Our Lady of Sacred Heart Roman Catholic Church (Big River) with Father Mariusz Zajac as the Celebrant. The pallbearers were Armand Chretien, Alphonse Chretien, Rene Chretien, Kyler Billinger, Wayne Payot and Roger Payot. Honorary pallbearers were all of Leona's friends and relatives.

Memorial donations may be made in memory of Leontine to the Lakewood Lodge Auxillary in Big River, SK. (Box 846 Big River, SK S0J 0E0).

To send flowers to the family or plant a tree in memory of Leontine Billinger, please visit Tribute Store
Wednesday
14
December

Look inside to read what others have shared
Family and friends are coming together online to create a special keepsake. Every memory left on the online obituary will be automatically included in this book.
View Tribute Book
Share Your Memory of
Leontine
Upload Your Memory View All Memories
Be the first to upload a memory!
Share A Memory
Send Flowers