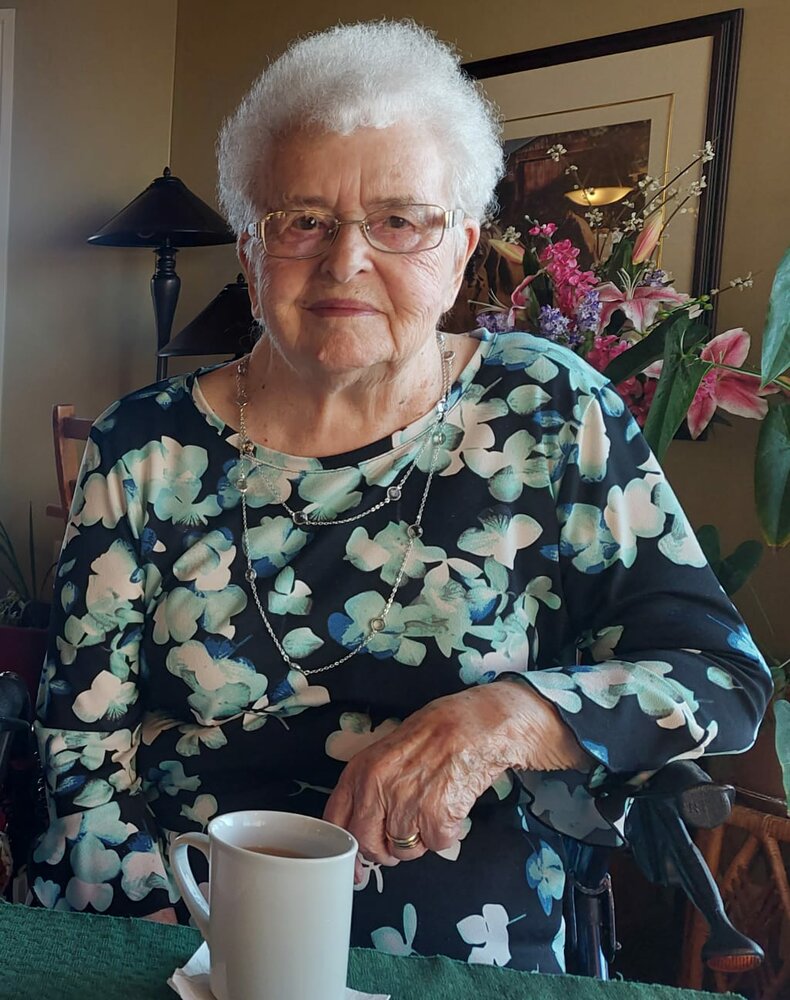 Obituary of Kathaleen May Bekar

Please share a memory of Kathaleen to include in a keepsake book for family and friends.
View Tribute Book

It is with great sadness that we announce the passing of our dear mother, grandmother, and great grandmother Kathaleen May Bekar (Wiebe) formerly of Nipawin on December 28th, 2022.

Kathaleen May Church was born in 1930 in Nipawin and raised in the Cherry Ridge district with her family during hard, but good times. She went to school there and then took correspondence up to grade ten. While working at Andres Dry Cleaners in Nipawin she met John Wiebe, where they were both employed and married him within a short time.

Kathaleen was a stay-at-home mom who enjoyed gardening (she loved roses), sewing, quilting, canning, and traveling.  Her Christian faith was an integral part of her life, and she served in various capacities in her church. Prayer was important to her, and she regularly prayed for her family.  After John died in 1999, she married Tony Bekar. They had ten very happy years together until Tony’s passing.  Kathaleen moved to Prince Albert in 2020 to a wonderful care facility at the Good Shepherd Villa. She made new friends and received wonderful care. She loved to watch Jeopardy, the Toronto Blue Jays and curling. Her leisure time included reading, doing puzzles, and organized activities at the Villa. Kathaleen was a strong supporter of underprivileged children for over 40 years.

A celebration of Kathaleen’s life and interment will be held in the spring of 2023 in Nipawin at a date to be determined.  Family and friends wishing to send online condolences are welcome to visit www.beaulacfuneralhome.com.  Arrangements have been entrusted to the care of Beau “Lac” Funeral Home and Crematorium, Lorne Adams, Funeral Director, Prince Albert, SK 306-763-3322

Share Your Memory of
Kathaleen
Upload Your Memory View All Memories
Be the first to upload a memory!
Share A Memory