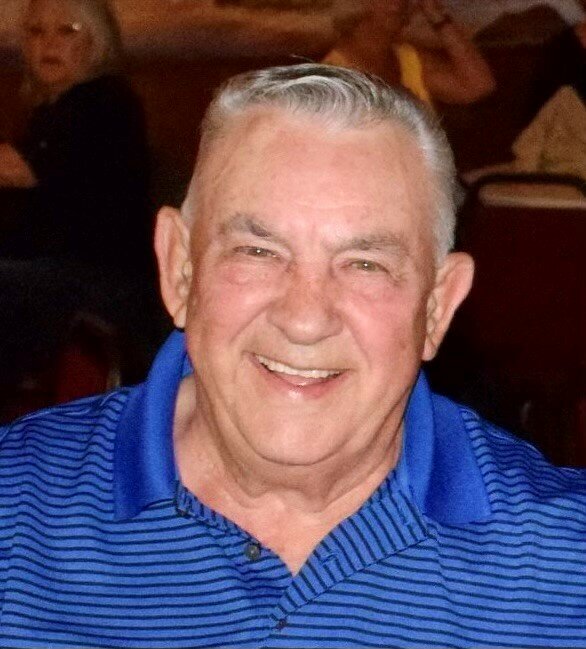 Please share a memory of Elmer to include in a keepsake book for family and friends.
View Tribute Book

Elmer was born March 24th, 1942, to Annie and Wojciech Miazga and passed away peacefully at the age of 80 years in Calgary Alberta.

Elmer was born at home on the farm, near Gronlid Sask. Elmer was apart of a very large and loving family with 14 siblings. Seven brothers and 7 sisters. His father passed away when Elmer was 6 years old, and his mother was still expecting their 15th child. Times were tough on the farm but as Elmer always said  "they had food put on the table, and a warm house over their heads." Elmer had an everlasting work ethic, which was instilled in him at an early age, and he passed it on to his daughters.

Elmer and Dianna celebrated their 56th year of marriage in July of 2022. They were blessed with 2 daughters and 4 grandchildren. They were his pride and joy.

Holidaying in Maui was his favorite place, and many winters were spent in Mesa and Yuma socializing, making new friends golfing and the Friday night dances were never missed.

Elmer had a passion for sports, playing ball with the Gronlid Royals, then the Coronet Royals, curling and golf. Lifelong friends were made during those years. The Toronto Mape Leaf’s were his favourite hockey team right from the time he was a young boy, listening to the games on the radio with his brothersand in the later years texting with his nephew throughout the games.

Elmer retired from the Provincial Correctional Institute after 31 years as a food service Supervisor. He was a member of the Prince Albert Cosmopolitan Club for 25 years.

Elmer was a Chef, avid Gardner, Arborist, and an amazing self-taught Carpenter. He loved playing cards, gin, crib, and many hours playing canasta with friends. Most family functions ended with card playing and Elmer always said it was how he learned to count as a young boy.

Elmers’s talents were many, but his family was most important to him. Family gatherings at the cabin for 49 summers was the highlight of the year for him. The more the merrier. He spent many hours on the lake over the years, teaching his daughters, grandchildren and all his nieces and nephews to water ski.

Elmer was patient, kind, caring, loving and will be missed by his loving wife, children, grandchildren, large extended family and friends.

Thank God for giving us Elmer. A life well lived.

Thank you to Marianne & Beau "Lac" Funeral Home and also to Stew Senft from Mc Innis & Holloway in Calgary for your compassion and expertise in this trying time.

To send flowers to the family or plant a tree in memory of Elmer Miazga, please visit Tribute Store
Monday
9
January

Look inside to read what others have shared
Family and friends are coming together online to create a special keepsake. Every memory left on the online obituary will be automatically included in this book.
View Tribute Book
Share Your Memory of
Elmer
Upload Your Memory View All Memories
Be the first to upload a memory!
Share A Memory
Send Flowers