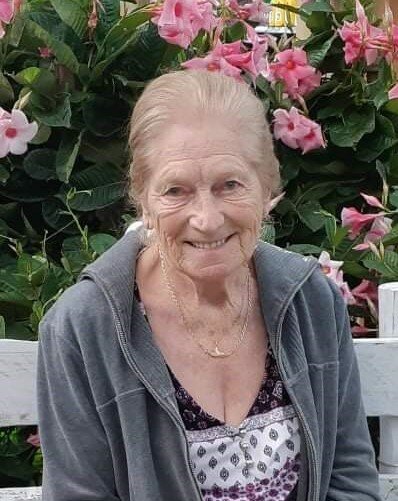 Please share a memory of Bernice to include in a keepsake book for family and friends.
View Tribute Book

It is with great sadness we announce the passing of our mother, Bernice Clara Scott. Mom was born March 17, 1936 to John and Hedwig Lummerding in Cudworth Sask. As an infant she lived in Dalesford where she attended Dalesford School until she was 11 years of age, then moved with her family to the farm near Saint Brieux, Saskatchewan.  She attended Sacriston School while growing up in St. Brieux.  She worked at Murray’s as a house labourer when a young kid.  Mom worked off the family farm in Lake Lenore for the Forrester family caring for their children, where a strong, lifelong bond was formed with them through her dedication in getting their son to walk, whom they were told never would, due to medical conditions. Mom left the farm to live in Melfort and work at Joe’s Diner where she met Sid Scott in 1957. They dated for about a year and they were married August 9, 1958 in St. Brieux, SK. They had a wedding reception in St. Brieux, SK. then another wedding reception in Chelan as both came from farming families. They built a house and lived on the Scott home quarter. Mom worked at dad’s side the early years of marriage, at the Bakery, Leasons Logging Camp in Hudsons Bay and at the restaurant at Green Water Lake, Saskatchewan. She was also actively involved in community fundraisers and doing baking for them. She was always putting one more sheet of cookies, tarts, cake or cinnamon buns in the oven to feed the volunteers. Hard work was NEVER an obstacle in her mind. If there was work to be done whether it be for herself, family or friends, she would jump to the task. They were blessed with four children: Patricia in 1959, Gregory in 1961, Grant in 1963 and Brian in 1965. Mom and dad moved to Prince Albert renting a house across the river near North Park Center. With kids in tow they then bought a house and moved to the east flat in Prince Albert. Mom had a foster baby for a while and entertained adopting her but employment at North Park Centre was evident. Mom went off to work there for several years and in 1976 they moved the family to Moose Jaw where dad took a new position and mom took a transfer as well.  In 1984 a move was once again made back to Prince Albert where they built a new home and employed once again at North Park Center.  When North Park Centre closed, she continued to work at the group home that was built to home 12 residents. Here she finished off her working career on nursing staff retiring in 1993. Mom played a large part in the lives of her three grandchildren, looking after them as well as assisting in their upbringing. She was very proud of them and would do anything for these three. Mom loved Candle Lake where they built a cabin in 1971. She loved being there in the fall. She loved fishing and you could always count on her to make a fire. She loved the Exhibition and the thrill of the rides. She loved her garden and her flowers. She loved biking, music, and she was always more than willing to give friends and family a hand when needed. More than anything she loved her family.

Bernice was predeceased by her parents, John and Hedwig, her husband Sid, sisters, Caroline, Louise, Elvera, Linda, her brothers, Victor, Richard, Arthur, and Wilfred, a grandson, Lorne, in infancy, as well as members of Sids family.  She is survived by her four children, Patricia (Rob McLeod), Gregory (Karen), Grant, and Brian(Valerie), her grandchildren Miranda (Jake), Kenneth, and Patrick, her great grandchildren Jace, Ciara, and Maidie, her siblings, Janet, Beatrice and Clarence (Elaine), her sister-in-law, Jeanette and Alice, members of Sids family, numerous nieces, nephews and friends, as well as her canine companion, Abby. We love you, mom! You will be forever in our hearts.

We thank the attendants and the medical staff at the Victoria Hospital in Prince Albert for the caregiving to our mother Bernice.  In lieu of other tributes, donations in memory of Bernice may be made to the Heart and Stroke Foundation. 100-119 14 Street NW  Calgary, AB   T2N 1Z6

To send flowers to the family or plant a tree in memory of Bernice Scott, please visit Tribute Store
Wednesday
11
January

Look inside to read what others have shared
Family and friends are coming together online to create a special keepsake. Every memory left on the online obituary will be automatically included in this book.
View Tribute Book
Share Your Memory of
Bernice
Upload Your Memory View All Memories
Be the first to upload a memory!
Share A Memory
Send Flowers