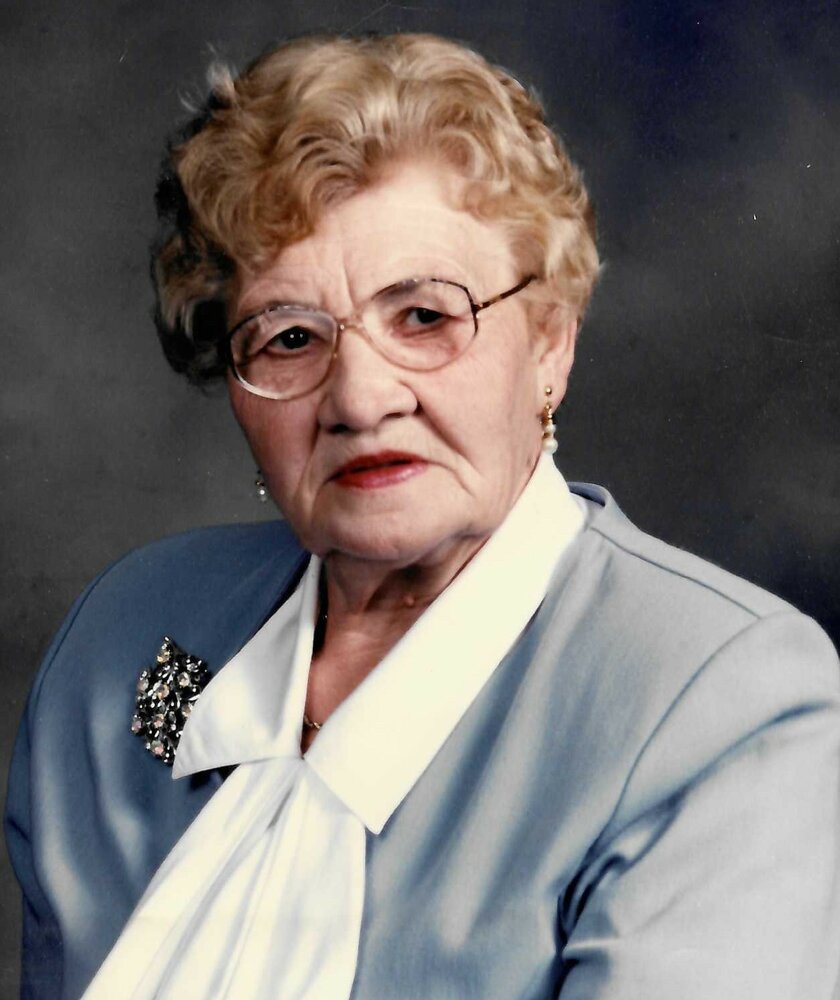 Please share a memory of Esther to include in a keepsake book for family and friends.
View Tribute Book

The family of Esther Schmalz are deeply saddened to announce Esther’s passing on January 9, 2023at the age of 94 years.  Esther was born to Jacob and Justine (Ens) Hildebrandt on July 31, 1928 in Hague SK.  Esther came to the Shellbrook area in 1946 where she met the love of her life Alphonse Schmalz.  They were married July 16, 1947, at Gruenthal.  They farmed south of Shellbrook where they also raised their 3 children.  Esther remained on the farm until 2010 and then she moved to a senior complex in Shellbrook where she lived until her passing.  The church was a large part of Esther’s life.  She was also an avid gardener, and her flowers were also always amazing to see.  Esther will be greatly missed by those who loved her. Esther is lovingly remembered by her children Elaine ( John) Markham of Calgary, Wes Schmalz of Oliver BC and Asta Schmalz of Shellbrook.  Her grandchildren Brandon Markham of Calgary; Trina (Chris) Brooks and their children Holden, Hanna and Samantha of Cold Lake AB.; Tyson Schmalz of Ontario; Chad Schmalz of Red Earth Creek AB. And Craig Schmalz of Lloydminster AB.  Her sisters Alvina Neudorf, Rose Hildebrandt, and her brother Orlando Hildebrandt all from Edmonton AB.  Her sisters in law Eunice and Leanne Hildebrandt.

She was predeceased by her husband Alphonse, her son Lea; her parents Jacob and Justina; her sisters Irna and Stella; her brothers Gordon, Earl, Harold and Alfred.  Her sisters in law, brothers in law as well as her paternal grandparents

Those wishing to send memorial donations in her memory may direct them to Crohns and Colitis Foundation ( 1805 Ewart Ave Saskatoon SK. S7H 2L1).

Family and friends wishing to send online condolences are welcome to visit www.beaulacfuneralhome.com.  .

Share Your Memory of
Esther
Upload Your Memory View All Memories
Be the first to upload a memory!
Share A Memory