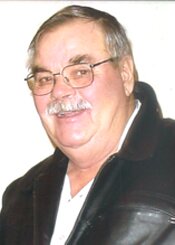 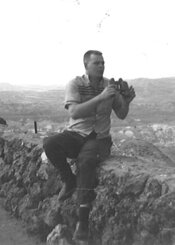 Please share a memory of Gesle to include in a keepsake book for family and friends.
View Tribute Book

He was a loving husband, father and grandfather that will be forever missed. Anyone that knew him, knew he was a hardworking, kind, fair, just, honest man that cared deeply for his family.

Gus was the cherished son of Gisli and Lorzina Arnason, born April 26, 1940, and brother to John and Mary. He was raised on a farm in rural Churchbridge Saskatchewan. He labored on their farm as so many from that generation did, trapping and working small jobs to earn what he could to help with his family’s livelihood. He has told the story when the sale of a mink pelt brought in $42.00…his mom was ecstatic, buying boots and flour and other dry goods for their home. He seemed to favor reminiscing about driving gravel truck at the age of 15 for a neighbor and conquering the challenges of very rural trails and roads. He worked in the Esterhazy mine as a mechanic, maintaining machinery, equipment, and lifts, supporting the supervisors with different tasks, and speaking to the truth of going down deep in the mine in the dark and returning to the surface to the same. For entertainment, he enjoyed playing ball, snowmobiling, and hunting with his friends, and enjoying the speed and power of the cars of that era. His compassion and care of the community was displayed at an early age not only caring for his family, but by escorting and transporting a Nurse and her medical supplies around the area when needed, he would laugh and say “she was a helluva” pitcher for our ball team too!

Gus and Sharon met January 17th, 1969 and were married three short months later. If you asked him, he’d say “It was love at first sight”. They began their life together with their three children, Rick, Tami, and Corina and later the addition of two sons Larry and Rob.

Gus provided for his family with his first trade as a heavy-duty mechanic and a car salesman at Prince Albert Modern Motors when living in Redwing Terrace, north of PA. He then became employed with DNS and serviced power plants and machinery in Northern Saskatchewan. The employees were transported by small planes, and he delighted in sharing many a story of the cold unforgiving weather that they encountered in the sky, talking fondly of his favorite and capable pilot, from Birch Hills “Lund”.

In November of 1975, Gus and Sharon began a life of “farming” in the RM of Paddockwood. Their passion for farming showed through their hard work, growing grain, and raising every possible animal, from cows, pigs, chickens, turkeys, geese, ducks, rabbits, goats and of course horses. Though farming was a way of life to provide income and food for his family the cattle and his two horses “Mike and Jake” were especially important to them. During their 39 years of farming, they also had their own logging and sawmill operation, as well as running heavy equipment and breaking pasture and farmland for locals in Paddockwood.

Gus was a great father, loving his children equally and only wanted the best for each of them. Teaching them life skills …”Dad gave us all the tools we needed to survive and thrive in life”. Stressing the importance of honesty, integrity, pride, and keeping and maintaining one’s morals and ethics. He taught by example, lending a hand with kindness and no expectations. These skills and lessons were learnt and applied throughout the children’s life.

Even though there was work to be done, there was always time for a little fun. The farm was “equipped” with snowmobiles, motorbikes, quads, a sleigh pulled by “Mike and Jake”, pretty much anything that could be tugged about with children piled in or on top. With raising five kids on a farm came many activities that included coaching the local junior men’s hockey and female baseball teams, supporting whatever community activity his children were involved in…EVEN if it WAS pulling out the school bus to deliver them safely to school that day!

Aside from being a Chevy Man” Gus had a favorite Blue Ford 4x4. He and the boys would drive you know what out of it, unfortunately that sometimes led to mechanical hours in the shop for preparation for the next Ford outing. His passion was great for his firearms, and all that went with it, like hunting, pigeon shoots and target practice. A skill, among many, he took great pride in teaching his children and grandchildren. Any activity outdoors was enjoyed, like camping, fishing, snowmobiling, and motorbiking; somehow there was always money for the joys of childhood and the teenage years. One of his greatest loves was loading up the sleigh with straw bales and family, in search of perfect Christmas tree! “Mike and Jake”, a tractor or a quad would tote around a bunch of kids-in a boat, a sleigh, a wagon, basically “anything with wheels or skis”, this created fond memories for the many grandchildren along with planting a loving mischievous grin on Grandpa’s face.

Through their five children, Gus and Sharon acquired 14 grandchildren and eleven great grandchildren, who of course became a great joy to their lives.

Gus and Sharon reluctantly retired in 2009 and later sold the Arnason Farm to begin a new chapter in their life.  In a quaint home in Prince Albert, they enjoyed time spent with all those that would visit.  Married for 54 years, their love and laughter continued to be shared with each other as they established and made changes to the challenges life continued to deliver.

We all have touching moments that are dear to each of us and experiences that impact the memory of him in our hearts. Each is personal in his role, as a husband, a father, or a grandfather. So, to stand before you and think one story was more important or treasured more than another would be rather silly in the way that there are so very many that they are all equally significant and precious to all of you.

Gus and Sharon raised a family of five, with all its challenges and diversities as a team. Not only were the needs of their children met and then some, but the pride and love of the foundation as a strong family unit shall be remembered and cherished. These foundations have been and will continue to be carried on to their children and their children and so on. Family and friends wishing to send online condolences are welcome to visit www.beaulacfuneralhome.com.  Arrangements have been entrusted to the care of Beau “Lac” Funeral Home and Crematorium, Marianne Turcotte, Funeral Director, Prince Albert, SK 306-763-3322.

To send flowers to the family or plant a tree in memory of Gesle Arnason, please visit Tribute Store
Saturday
14
January

Look inside to read what others have shared
Family and friends are coming together online to create a special keepsake. Every memory left on the online obituary will be automatically included in this book.
View Tribute Book
Share Your Memory of
Gesle
Upload Your Memory View All Memories
Be the first to upload a memory!
Share A Memory
Send Flowers