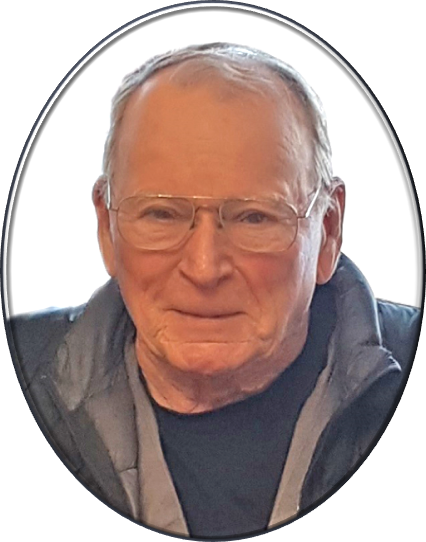 Terry was born in Prince Albert. He attended Centreville and Christopher Lake Schools.  Terry was eager to get into the workforce early in life.   He took night classes and various courses including welding and meat-cutting.  Terry apprenticed with Arcade Motors and went to vocational training schools in Moose Jaw and Saskatoon for his training to become a journeyman mechanic. Two days after receiving his Journeyman Certificate in the mail, he and his wife, Eleanor, moved to Scarborough, Ontario, where Eleanor attended the University of Toronto and Terry worked as a journeyman mechanic.

After coming home to Saskatchewan, Terry returned to Arcade Motors as a mechanic.  Over the next 42 years, he worked his way to shop foreman, and eventually service manager. Terry worked hard, had high standards, was loyal, and was known for his exemplary customer service.  Terry received awards for his customer service, including a trip to the Daytona 500, and a Caribbean Island Cruise. Terry always saw the best in people and gave many young mechanics the opportunity to apprentice under his supervision.  Many of Terry’s customers and co-workers became life-long friends.

Two years after returning to Prince Albert, their daughter Lorena was born.  A few years later, their second daughter, Merrill, was born and their son, Perry, followed a year later. After living in Prince Albert for 15 years, Terry and Eleanor returned to the family land in Spruce Home where they built their dream home and raised their family.  The eight grandchildren that came along were the light of his life.   Terry had a way of making each grandchild feel special. He taught them all how to drive a variety of tractors, and was always right there to help them when they hit a bump in the road. The lessons he taught them will continue to guide them throughout their lives.

Terry was an excellent marksman, enjoyed competitive shooting, and has various medals from the shooting competitions he won.  He loved hunting with his family and friends, and in later years loved to hear the hunting stories from his son, sons-in-law, and grandsons.

Terry and Eleanor enjoyed many trailer adventures including spending summers at Minowukaw Beach, traveling to the Maritimes, and exploring Saskatchewan with friends and family.  He loved northern Saskatchewan, especially the cabin at La Ronge.  Terry and Eleanor dreamt of getting to the cabin more often.  They looked forward to the large annual family camping trips at Napatak. Terry was most happy when the campfire was blazing and was surrounded by friends and family. He was always one of the last ones to leave the campfire at the end of the night.

Terry’s real adventures happened north of La Ronge at Roundish Lake.  Many decades of adventures with family and friends meant Terry always had a story of an adventure to share.  Some adventures were of getting into remote lakes with amazing fishing, and of battling rocks, cold weather, deep snow, and slush.  But all of the stories were of fun with best friends, family, and life-long friendships with people who lived traditionally on the land.

Terry worked hard for kids.  As a young man, he coached little league baseball for Spruce Home, winning the local championship.  As his children became involved in activities, Terry found himself helping with Girl Guide and Scout Camps, and ultimately became a leader for Perry’s Prince Albert Police Venturers for three years.  Terry coached girls’ softball and had two back-to-back years of taking Lorena’s team to the provincial finals.  All of his children, and many of their friends, learned to waterski behind his 14’ fishing boat with a 20 hp Mercury motor. Terry was an animal-lover.  He became a 4-H Light Horse leader for Merrill and Perry, hosting training sessions in the riding coral he built at his farm, and leading the club’s trail rides. He had many four-legged friends over the years, including four horses, many dogs and cats, and most recently two puppies that he spoiled as much as he did his grandchildren.

In lieu of other tributes, donations in memory of Terry may be made to the Heart and Stroke Foundation, The Nature Conservancy of Canada, or a charity of donor’s choice.

To send flowers to the family or plant a tree in memory of Terry Acorn, please visit Tribute Store
Thursday
16
June