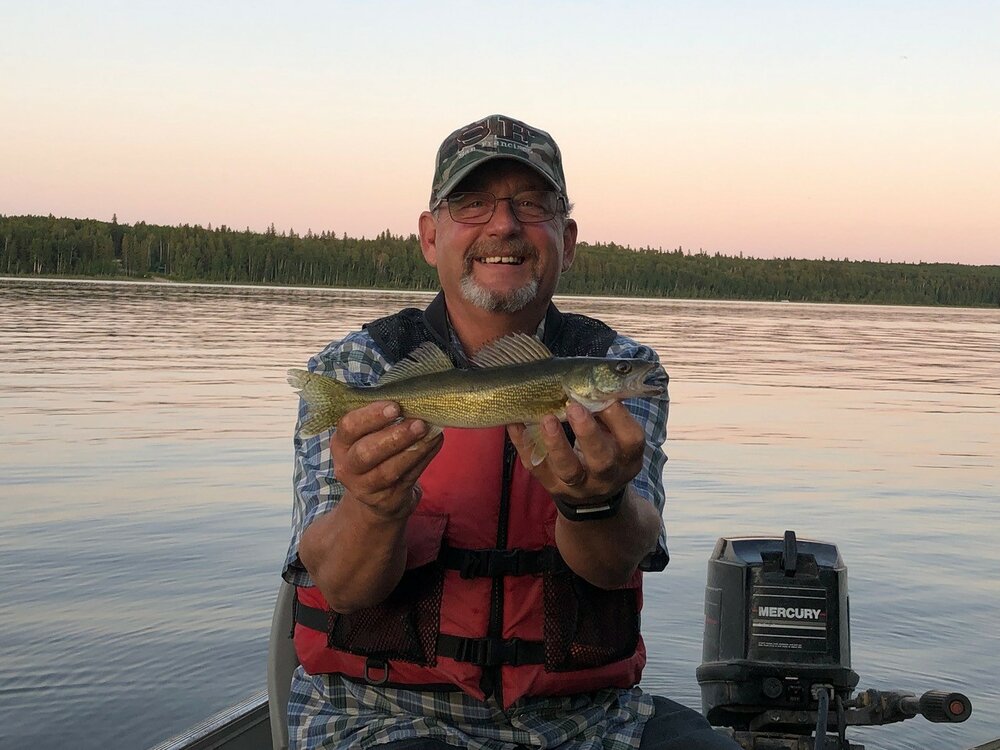 Mervin grew up  spending time between Wilkie, and Belbutte SK. and once the Volk family had moved permanently to Belbutte as a young boy he began working on the farm.  He would continue to farm with his Father and brother in-laws Jerome and Bill on the Volk family farm.  He took over the family farm as a young man with his wife Catherine as his parents settled into retirement and moved to town. Mervin continued to farm the land and raise animals until 1995 when he decided to concentrate his efforts on his increasingly successful business.  Mervin served a far reaching and ever expanding clientele of satisfied customers with his business Wally’s Wepair.  In the early years of his business he installed maintained and serviced all kinds of satellite TV systems, and later applied his appliance repair skills to his business which he learnt while working at Guy’s Furniture as a young man.  In recent years Mervin spent time taking courses on computer networking and internet installation to be able to offer high speed internet installations and service to his valued customers.

Mervin enjoyed camping, hunting, and quading, with a passion for fishing.  He was a master filleter and loved  finishing a successful trip with a fish fry amongst friends and loved ones.  He had a wonderful sense of humour and always had punchline brewing in his mind waiting for the perfect moment to get a laugh.  He never really grew out of playing with Tonka trucks and continued to enjoy playing in the dirt with his Bobcat Toolcat in the summer, and plowing snow in the winter.   He enjoyed the simple things like a good western, making a big Sunday brunch, and tobogganing with the kids and later the grandkids always spoiling them by giving them a ride back up the hill on the snowmobile.  Mervin will be missed dearly by all, and there will never be another like him.

Mervin was pre-deceased by his parents Philip and Anne Volk (Lang), his Grandson Riley Sack, and his Brothers in-law Bill Kraus, and Jerome Weiland.

As per Mervin’s wishes no service will be held.  In lieu of flowers the family wishes all donations be made to the Saskatoon Cancer Centre located at 20 Campus Drive Saskatoon, SK.

Share Your Memory of
Mervin
Upload Your Memory View All Memories
Be the first to upload a memory!
Share A Memory